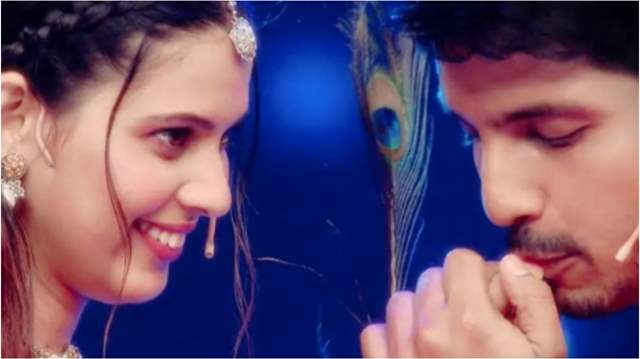 Star Plus show ‘Pandya Store’ actors Kanwar Dhillon and Alice Kaushik were rumored to be dating since quite some time now. The duo is inseparable and have been giving hints about their relationship status, however, they’ve always dodged the question on accepting their affair.

Recently, Kanwar and Alice announced their relationship as clocked in one year of courtship period. While the fans knew something was brewing between the duo, them coming out in open and announcing their relationship left their fans on cloud nine.

And now, #KDice fans are in for a major surprise as they'll witness Kanwar and Alice talking about their relationship on National Television. Yes, you read that right!

In today's episode of 'Ravivaar with Star Parivaar', Kanwar and Alice will be caught off-gaurd as an intrigued host Arjun Bijlani asks them about their offscreen cameraderie. While Kanwar and Alice were seen blushing, their show's co-star Krutika Desai (Suman Pandya) revealed that they're in love. Everybody was left in awe while Arjun asked them to perform a proposal. Kanwar and Alice looked uber cute in the segment. Later, Kanwar asked Star Plus' favourite bahu 'Anupamaa' to ward off evil eyes from them, like she keeps doing in her daily soap. 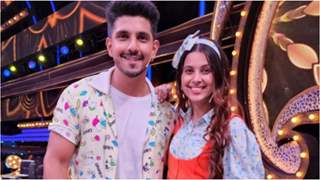 Shradha.08 3 months ago Such a beautiful proposal from Kanwar to Alice ❤️

Shradha.08 3 months ago It was awesome ❤️❤️❤️Can we have interview of Kanwar & Alice together plss

+ 5
3 months ago Congratulations to Alice Kaushik and Kanwar Dhillon. Wish them a lot of love, success, happiness and togetherness all throughout!

+ 3
3 months ago All the best to Kanwar Dhillon and Alice Kaushik for their life together. The episode was really beautiful 😍

3 months ago Love them both.. May they stay happy always.. God bless them🧿🧿