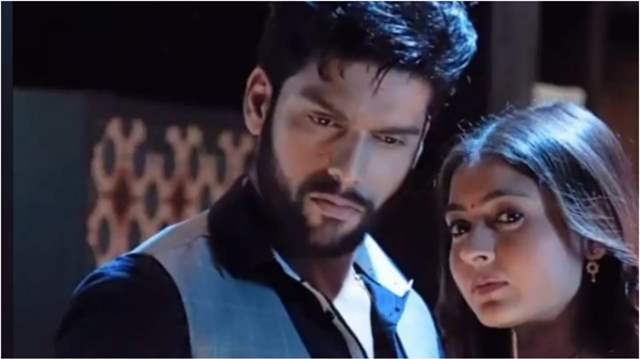 The current track of Star Plus show ‘Mehndi Hai Rachne Wali’ revolves around Pallavi learning about Raghav’s illegal business and wants him to get leave the same. Raghav is adamant that he will not give up on it. Pallavi has decided to not use Raghav’s money and thus is living a normal and middle class life.

In the upcoming episode, the family gathers for lunch. Pallavi eats her separate food. Raghav asks about the matter, Pallavi states that she can afford only simple food. Media reporters barge into the Rao mansion and start reporting about Raghav and Pallavi’s strained relationship. They record the simple food in Pallavi’s plate and states that the family is torturing her. Pallavi loses her calm and asks the reporters to shut their cameras. Pallavi reprimands the reporters for their unprofessionalism and insensitivity. She tells them that she had a fast and that’s why she’s eating normal food. She firmly asks the media personals to leave and warns them to never enter their house without permission.

Sunny and Keerti in the room discuss about the incident. Keerti praises Pallavi’s way of handling the media. They indulge in romance. Pallavi enters the room and reprimands Sunny for his actions. She taunts him that he is the uninvited guest in the house and is not leaving at all. She humiliates him on staying in Rao mansion and warns him to not cross his line. Sunny gets irked and thinks that he will teach her a lesson.

Raghav and Pallavi accidentally get closer. Pallavi sees the melted ice-cream brought by Farhad. She states that it’s not required to throw away things if they’re spoiled, sometimes things can be fixed. She says that she will keep the ice-cream in the fridge. She says that she implies the same in her life and try to fix the situations.

After a few rejections, Pallavi bags a job. Raghav loses his cool and asks Farhad to search for the details of the place where Pallavi will be working.