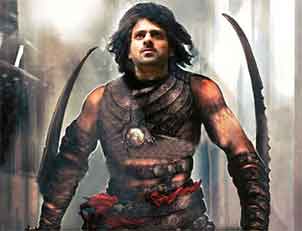 Filmmaker S.S. Rajamouli will soon start shooting the battle scenes for upcoming Telugu-Tamil period-drama "" and he has roped in over 500 artisans to prepare the props for the same.

"500 plus artisans are working round the clock to mass produce weapons, armour, props and more as we prepare for The Battle," the film's producer Shobu Yarlagadda, posted on his Twitter page.

Rajamouli is expected to shoot the battle scenes in about a week's time.

Starring Rana Daggubati, Prabhas Varma and Anushka Shetty, the film is titled "Mahabali" in Tamil. It is slated to release in 2015.

The film, which also features Ramya Krishnan, Sathyaraj, Nassar and Adivi Sesh, is touted to be the first Rs.100 crore budget project in Telugu.

Phones of Deepika, Rakul, Simone & Karishma Seized By The ...
18 hours ago