It is always overwhelming and applauding to be recognized for your work, especially when it is at an international level. The Oscars, also known as Academy Awards, is an American awards ceremony honoring achievements in the film industry. The prestigious ceremony not only celebrates Hollywood movies, but every year, a foreign language film also gets rewarded. Every year Bollywood sends in one entry representing the country. Hence this month, tying with the season of award ceremonies, BollyCurry brings to you movies that were sent as entries, and nominated at the Oscars. 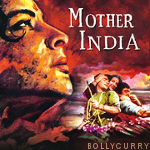 1957 was the year when this special category of Best Foreign Film was added. That year, India's entry Mother India was one of the handful nominees. Mother India is a Mehboob Khan directorial which starred the evergreens of Bollywood, like Nargis, Sunil Dutt, Rajendra Kumar and Raaj Kumar. The film is about a single mother named Radha, played by Nargis. It showcases her struggles and hardships when raising her sons in poverty, setting an example of an ideal Indian woman. 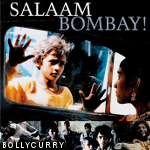 The second nomination of a Bollywood film came in the year 1988 for Mira Nair's Salaam Bombay. The flick follows day-to-day life of children living in the streets and slums of Mumbai. This critically acclaimed movie managed to receive many accolades nationally and internationally at distinguished ceremonies like the National Film Awards, National Board of Review, Cannes Film Festival, and Montreal Film Festival. The New York Times event went to the extent of naming it one of "The Best 1,000 Movies Ever Made". 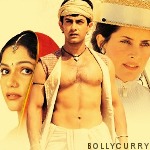 The last and most recently nominated Bollywood flick was the Aamir Khan starrer and Ashutosh Gowariker directorial Lagaan. The film is set in the Victorian times and follows a barren village in their opposition of the high taxes imposed by their rulers. Lagaan not only garnished national acclaim and commercial success, it was also recognized at the international level as well. In 2010, the movie was ranked 55 in "The 100 Best Films of World Cinema" by Empire magazine and later in 2011, it gained a place in the "The All-Time 25 Best Sports Movies".
In the recent times, there have been no Bollywood films nominated. However, there has been at least one entry per year from the film fraternity. Some of the more famous ones include Barfi!, Rang De Basanti, Taare Zameen Par and many others. With this, we leave with the hope that the coming years will see numerous Bollywood films achieve unparalleled success at both national and international levels.
Writer: Komal P.
Editor(s): Fariha L. and Gunia M.
Graphics: Marsh P.
Have a suggestion or comment for BollyCurry? Then drop us a PM at BC_Dropbox today!
16 Likes

Rhea Sharma to be seen in Ekta Kapoor's next?
56 minutes ago