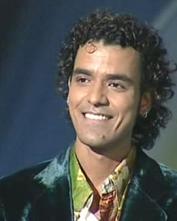 Whereas Toshi and Aabhas are the viewers choice, the judges of Voice of India throw a fit and select their own favourite wildcard contestant !

The musical talent hunt reality show, Voice of India (Star Plus), had six of its eliminated participants – Jaipur's Toshi, Indore 's Priyani. Delhi 's Aabhas, Kolkata's Prantik, Ludhiana 's Arshpreet and a very reluctant Sumitra from Mumbai - belt out songs last week for the nation to once again vote for them. The concept of the show allows two from among them to return to the competition as wild card entries. The upcoming episode on Friday is filled with drama, surprise and conflicting viewpoints. Toshi and the youngest singing sensation Aabhas are clear winners as far as viewers voting is concerned. But the fact that no girl contestant made it as the wildcard entry infuriated the sole female judge in this contest, Alka Yagnik. She minced no words at her disappointment over the viewers selection and insisted that as a judge she should be given her right to bring back a contestant of her choice. 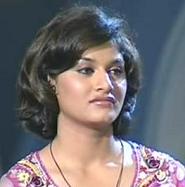 The other judges also had their own viewpoints and after a huge battle of words, Priyani was also given a chance to re-enter the competition with three judges voting in her favour out of five.

Stars from the latest to-be-released Yash Raj film Laaga Chunari Mein Daag, Konkana Sen Sharma and Kunal Kapoor, are the celebrity guests who announce the winners in the wildcard category. And, Indipop singer Daler Mehndi (who has apparently run into some trouble with the cops over drugs today) will be the celebrity guest on Voice of India's Saturday special 'Cricket meets Music' episode.


On this week's episode, producer-director Gajendrra Siingh says, "Tempers had reached such a point that I thought Alkaji will walk out once again over Priyani. Undoubtedly, the viewers have selected the best singers but both being males got adverse reactions from the audience and judges. There is anyway plenty of debate going on whether India will ever crown a female singer and also if SMS's are the best way to pick winners. To put to rest both these points and to give them all a fair chance, I let the judges pick one singer instead of have them throw tantrums and upset the schedule."

+ 3
14 years ago Not as great as it should have been because the plot line is pretty thin and leans heavily on making women the weaklings on Earth and having no other way to do things.

But the acting part is good, though its unfortunate that Vidya's name has cropped up here. Vidya and Konkona are two different actresses and both have their own acting capabilities, whcih cannot be compared.

Let's just discuss the movie instead.

14 years ago lolsssssss yeah its a flop apparently weak plot n storyline so much so dat i heard aditya chopra wants to use his editing scissors on d film n shorten it to attract more viewers :S

14 years ago Agreed the movie has some very cliched moments,but yet there were some surprises. The mother in a confused state,telling the daughter to decide what is right and then regretting it.Jaya Bachchan was just superb in the scene.The sister although shocked at the revelation of Rani's real source of income,actually feels guilty.Konkana Sen and Rani were outstanding.
Everyone in big cities is not a wolf waiting for a prey and every career girl is not sleeping around is what I liked. Rani's makeover from a simple town girl to an escort is not shown as overnight.
One weak moment can change one's life when one is desperate;don't see anything unreal about it.
But yes,the music and script most definitely had more scope. Theend was too predictable.Pradeep Sarkar had raised the bar with Parineeta and one will naturally have great expectations from him.
A performance oriented film with the female actors carrying the load on their shoulders.

hameed23 14 years ago i cant wait til that movie gets on www.ExDesi.com !!

14 years ago i wanted toshi nd arshpreet!!!dey r d bst!!!!1dis favouritism of d judges for priyani is unfair.....arshpreet was better dan her in last episode even.....its unfair.....but i thnk God dat toshi is in....

+ 2
14 years ago How can they select priyani!!!!!! it should of been ashpreet this is injustice. priyani doesn't deserve this.Alka is has lost her mind. Also VOI is full of drama and it's getting on my last nerves