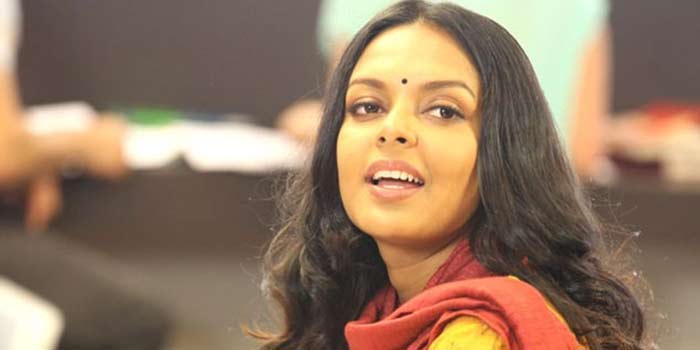 Actress Bidita Bag says shooting with her "Babumoshai Bandookbaaz" co-star Nawazuddin Siddiqui is one of her best experiences, and that there is so much to learn from him.

"I was really overwhelmed after getting selected as the lead actress in 'Babumoshai Bandookbaaz'. Shooting with Nawaz has been one of the best experience' I've had. There is so much one can learn from him, how he pulls off stellar acts with such ease," Bidita said in a statement.

"Kushan sir (the film's director) guided me throughout and it was really great to be a part of this project," she added.

Heaping praise on Bidita, director Kushan Nandy said: "Bidita is a professional. Though like most actors, she might have been in awe of Nawaz. On screen, she played her character with confidence that was ready to match with Nawaz's towering presence."

"Not many people know about this, but 'Babumoshai Bandookbaaz' was her second chance to work with Nawaz. She was chosen for a role in 'Gangs Of Wasseypur', but due to some personal reason, she had to opt out of the film."

Produced by Kiran Shyam Shroff and Ashmith Kunder, "Babumoshai Bandookbaaz" is scheduled to release on August 25.