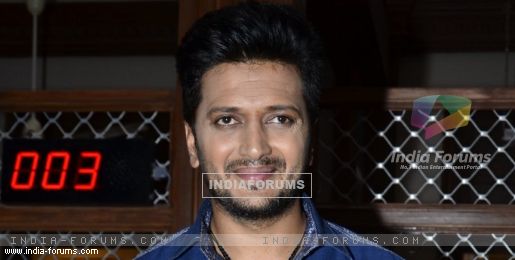 Nostalgia engulfed Riteish Deshmukh on the 70th birth anniversary of his late father Vilasrao Deshmukh on Tuesday. The actor says he aspires to be as loving a dad to his son Riaan as his dad was to him.

Vilasrao Deshmukh, a two-time chief minister of Maharashtra, died in 2012 due to multi-organ failure. Riteish is one of his three sons.

The actor took to micro-blogging website Twitter, and posted: "Happy Birthday PAPPA : the father that you were to me, is what I aspire to be to my son. 70thBirthAnniversasry," the 37-year-old tweeted.

Riteish, who is married to Genelia Dsouza, was blessed with a son in November 2014.