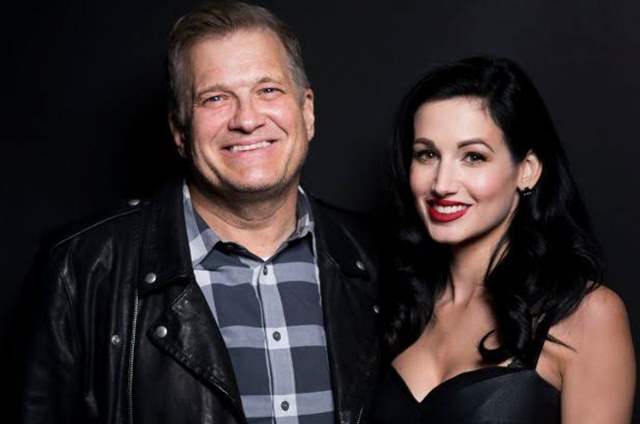 The death of Dr. Amie Harwick certainly shocked one and all and especially more so, under the circumstances it occurred and how it's almost sealed that she has been murdered.

Drew Carey, the comedian who was engaged to Harwick back in 2018 before splitting up months later went on finally address her sudden death as he said, "I hope you're lucky enough to have someone in your life that loves as much as she did," he wrote alongside a photo of the duo and posted on Twitter.

The picture appeared to be taken around a past holiday season as it showed Carey and Harwick sitting on a red throne and posing alongside toy polar bears and Christmas trees.

Harwick, a Hollywood-based therapist, was killed on Saturday at the age of 38. According to a news release shared by the Los Angeles Police Department, the LAPD responded to a call of a "woman screaming" in the Hollywood Hills at around 1:16 a.m. that day. Harwick's roomate met the officers out on the street once they arrived and told them Harwick was being assaulted inside of the residence. Per the release, the roommate had jumped over a wall and gone to nearby residences to call for help.

Once the officers arrived at the residence, they found Harwick on the ground beneath a third-story balcony. According to the release, Harwick was "gravely injured" and "unresponsive." Her injuries were also consistent with a fall.

The Los Angeles Fire Department took Harwick to a local hospital, where she later died from the injuries.

Per the press release, the investigation revealed possible evidence of a struggle. There were also potential signs of forced entry to the residence. In addition, further evidence of an intruder entering and leaving the property was also revealed following further canvassing of the area.

The investigation is still ongoing and will be presented to the District Attorney for filing consideration on Wednesday.