View Profile
Pretty actress Divyanka Tripathi aka Ishita of Star Plus' much loved show Ye Hai Mohabbatein enjoys a huge fan following.
Divyanka is not just known for winning audience' heart by essaying her character on-screen but she also wins many of her fans' heart by keeping in touch with them through social media sites. Fans eagerly wait for their favorite star Divyanka's updates on Insta which surely bring a smile on their faces but today nothing like that happened when Divyanka updated a picture on Insta.
She uploaded a Black colored blank picture with a caption - A #Raid at my place today. Dunno what to do next. Gathering myself. 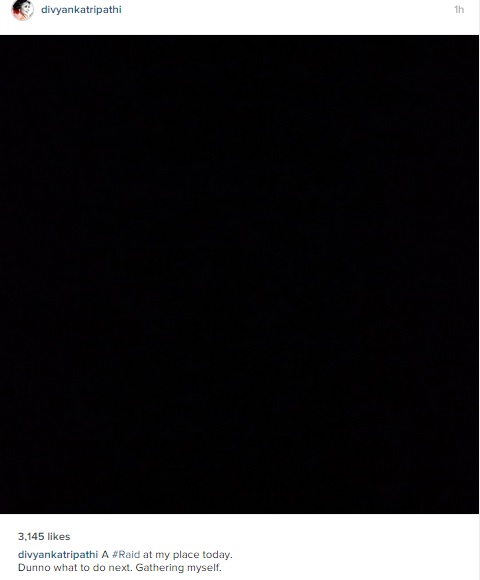 All the fans of Divyanka became so worried to see this update by her and they started showing their concern for her through their comments.
Divyanka remained silent... and the fans kept her post flooding with their comments.
Few minutes later, Divyanka broke her silence followed by another update on Insta. The latest update by Divyanka relieved her fans and now all are having good fun. This is how Divyanka showed a prankster side of her today to her fans on social media. 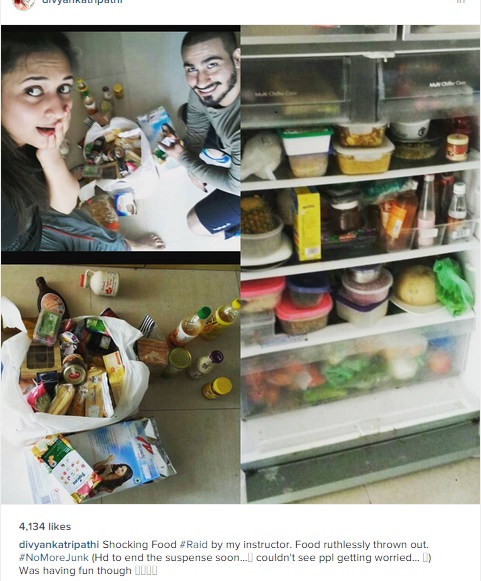 We tried contacting Divyanka but she remained unavailable for comments.

We are sure Divyanka fans are now relaxed with this latest update of her and have enjoyed this prank by Divyanka but it was indeed a 'Heart Attack' moment for her fans.

5 years ago I cannot live life without you Divyanka Tripathi. Please sit in the throne of my heart, my Queen &lt;3 &lt;3

5 years ago
Love ya to the core Divyanka Tripathi

5 years ago
My pari Divyanka Tripathi I love you sooo much...

5 years ago
how cutesa naughty you are Divyanka Tripathi

5 years ago how cutesa naughty you are Divyanka Tripathi

5 years ago Love ya to the core Divyanka Tripathi

5 years ago My pari Divyanka Tripathi I love you sooo much...

5 years ago
my cutipie Divyanka Tripathi I luv you sooo much...