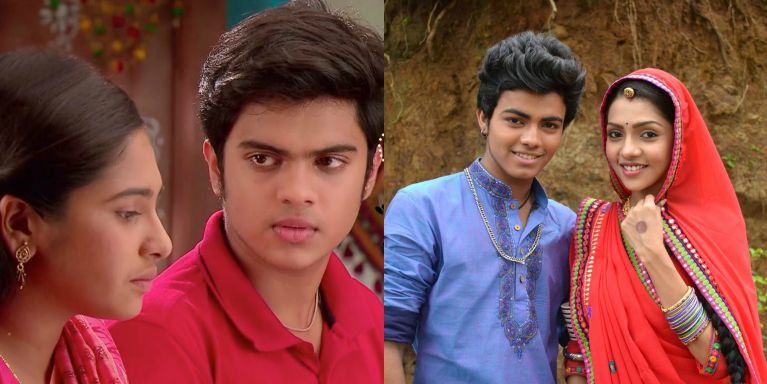 Colors show Balika Vadhu will surely give goose bumps with its upcoming episodes as unexpected twists are gearing up.

The show will now focus on the relation of the teenagers Pooja - Mannu and Kundan - Urmila as both the couples' marriage is actually child marriage. The couples have also got physically involved and that will make them land in the pool of troubles.

As per our source, "Urmila (Trisha Kapoor) will protest against Akheraj for his harsh behavior towards Harki which will make Akheraj furious. In anger he will order Harki to lock Urmila in a room and Kundan will support that. Nimboli (Greacy Goswami) will try to help Urmila by secretly giving her water but Akeraj will catch her doing so. At the same point of time Urmila will faint. A doctor will be called to diagnose her who will declare that Urmila is pregnant. The news will make everyone happy in the family, specially her husband Kundan (Sparsh Shrivastav). He will warn Urmila to give birth to a baby boy only and if a baby girl is delivered, then she will have to face the consequences."

Source added, "On the other hand Pooja will also come to know that she is pregnant and will only share the news with her husband Mannu (Harsh Mehta). Both will get worried with the news and will decide to abort the child as legally they are too young to become parents. But Mannu will over hear Ganaga (Aasiya Kazi) and Jagya's (Shashank Vyas) conversation about their to wish to separate Pooja and Mannu. This will make Mannu change his mind of getting their child aborted because that's the only way for them to stay together."

Will Urmila's fate help her to give birth to a baby boy? What will be Ganga and Jagya's reaction after they get to know about Pooja's pregnancy?


Shashank can't wait to see back on screen

5 years ago Pooja's mum and Anandi went through so much to the extent that Anandi lost her own daughter to save Pooja from marrying young. And guess what? She goes and does just that.

5 years ago This track can only give proper message if by some chance Pooja dies during pregnancy. This will make Mannu realize his stupidity.

5 years ago Oh my god! 4 teenagers are too much youngs! Why did CV make them pregnants. Poor pooja and umilia.

Mannu and Pooja errr i hate these both

+ 3
5 years ago all the best shashank vyas. glad you quit this show finally

5 years ago Why Ganga-Jagya, the two enemies of love are after the lovers...when they two have married against everyone's wish...their evil plans two separate the love-birds will fail miserably...and Mannu should leave such bad parents forever...Mannu-Puja forever and forever together and remain together.

+ 2
5 years ago Mannu & Pooja are too ridiculous for me

So Mannu is once again tried to emotionally try to manipulate his parents so he can get his way.