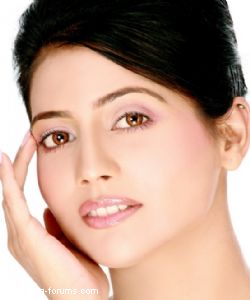 A few weeks earlier, Tellybuzz had reported about Sagar Arts launching a fiction show on Star Desh, supposedly for which Apurva Agnihotri had been roped in to play the lead.

The show,tentatively titled as Aasman Ke Aage, will based on a girl and her passion for dance which eventually brings about twists and turns in her life.

Tellybuzz, exclusively, brings to you some more information about the same. "Ojaswi Oberoi last seen in Star Plus's Behenein as Anokhi is all set to return to the small screen with Sagar Arts' show on Star Desh. She will be essaying Meenakshi, the female lead, cast opposite Apurva Agnihotri."

"The pilot episode has already been shot. They first schedule is expected to be shot in the near future", adds a source.

On contact, Ojaswi asserts, "Talks are on with the production house but I can't divulge any details at this point of time."

The variety of shows in the newly-revamped Star Desh is something definitely to watch out for!

9 years ago OMG ...hasn't 2012 kicked off brilliantly with Mona, Gurmeet and Apu shows(just waiting for Drashti's new show) and how did I miss this article. Finally my favorite APu is back muah...best of luck Apu ...will surely watch this one... but no time clashing with Mona and Gurmeet shows pleaseee

9 years ago Sukanya, I agree Parul is a great dancer too but beggars can't be choosers, Parul is expected in Bidaai2.

9 years ago I am sooo happy apu is coming back literally jumping up and down :D. Kash parul be saath aaye...

+ 5
9 years ago and there comes another come back..star desh is becoming a relaunch vehicle for popular actors now!


may b apu playing a dance teacher :P sounds interesting ..
what will b apu's name in this show.. me guessing :D

9 years ago that's great
welcome back

+ 2
9 years ago glad to hear apurva is back ,waiting for you apurva

9 years ago saw ojaswi in bahenein..though there is not a final confirmation from the PH itself still if its this show then you are most welcomed back apu..cant wait to see you shine on the screen again..