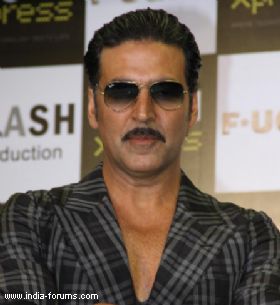 Actor-producer Akshay Kumar, who joined Bollywood in the early 1990s, feels the current young generation of stars is so talented that they don't need help from anyone in the film industry.

He was present at the trailer launch of his production "Fugly", which features fresh faces like Mohit Marwah and Kiara Advani.

When Akshay was asked about supporting the newcomers and providing a platform to them, he said: "I don't think today newcomers need our support. When we came in the industry as newcomers, we used to need the support but they don't need it, they are so fit, so good."

The 46-year-old is amazed at the immense amount of talent the youngsters have.

"They are mentally so balanced. I think, professionally they are much better than all of us," said the actor, who made his debut with the 1991 film "Saugandh".

"They are technology savy. They know what they want and what not. They don't need to be taught. They have immense knowledge. Hence, I don't think they need anybody's support," he added.

Akshay, known for action movies like "Khiladi" and "Mohra", also likes the work done by younger actors like Ranbir Kapoor and Ranveer Singh.

He feels they are "the next superstars".

"Among the newcomers, there is Ranbir Kapoor, Ranveer Singh and others who are doing their best at their level. I think, in my eyes, they are the next superstars and they are superstars, actually," said the "Boss" star.

While, Ranbir carved a niche for himself with his performances in films like "Raajneeti", "Rockstar" and "Ajab Prem Ki Ghazab Kahani", among others, Ranveer was lauded for his role in the 2013 release "Goliyon Ki Raasleela Ram-leela".