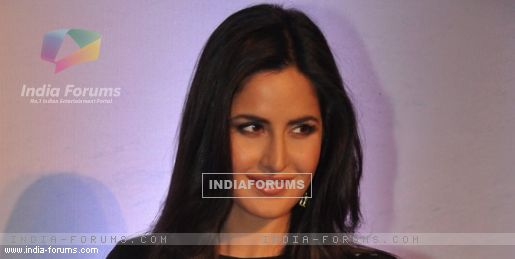 Katrina Kaif is ready to make her red carpet debut at the 68th Cannes International Film Festival, but the actress says she intends to enjoy the platform, which weaves cinema, fashion and beauty together, instead of fretting over her looks.

The "Bang Bang!" actress will walk the red carpet at the 68th Cannes International Film Festival as the ambassador of cosmetic brand L'Oral Paris, and to be a part of the opening ceremony of the film gala on May 13.

"That's the reason L'Oral has signed me as the ambassador -- for what I represent. I will find something that I'm comfortable in and will not get carried away to make a statement. I think one should be true to one's own self and enjoy the festival and the platform which celebrates cinema, fashion and beauty trends as well," she added.

The 31-year-old is yet to decide on her look for the film fest, but notes that she will pick the ensembles soon.

"I have not decided the look yet. We would be working with the team at Cannes, which consists of some amazing hair and beauty technicians. We haven't thought whether it would be Indian or western look. We haven't made any plans but we will zero in on it soon," the talented actress said.

L'Oral Paris will celebrate 18 years of its partnership as the official makeup partner for Festival De Cannes this year with 'Matte or Gloss' as the beauty trend. Aishwarya Rai Bachchan and Sonam Kapoor will also bring Bollywood glamour to the red carpet as ambassadors of the brand.

A cursory glance at the bouquet of films at the fest will highlight lack of Indian presence. Apart from first look of "Jazbaa", Punjabi film "Chauthi Koot" and Neeraj Ghaywan's debut feature "Masaan" are headed to the international film festival. The actress terms the dearth of Indian films as a passing phase.

"I think every year is different. Sometimes we have the right kind of films for the festival and sometimes we don't. So I think this is just not year."

"I'm sure there will be many more years to come," Katrina, who had a slow start in Bollywood with "Boom", but went to draft a successful story with hits like "Namastey London", "Welcome" and "Singh Is Kinng", she said.

On the professional front, Katrina is busy with "Fitoor" and "Jagga Jasoos".