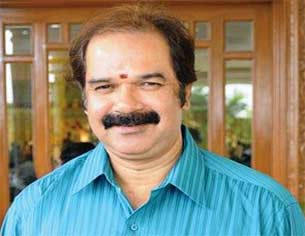 Southern filmmaker Suresh Krissna has clarified that he is not working on the sequel to Tamil blockbuster "Baasha", which was one of the biggest hits in the career of superstar Rajinikanth.

Released in 1995, "Baasha" is the story of an auto-rickshaw driver who was once a most feared Don in Mumbai.

"I think the rumours must have surfaced from my book on the superstar. I had mentioned in it that I wish to work 'Baasha' sequel, but never had confirmed that I'm working on it. People might have totally misunderstood it," Suresh told IANS.

Suresh recently unveiled his book on Rajinikanth "My Days with Baasha - The Rajinikanth Phenomenon".

"Rajini sir and I discussed the possibility of a sequel many years ago but it never worked. The plan was later dropped as I got busy with other commitments. Currently, I'm busy directing a Tamil serial called Unarvugal," he said.

Krissna and Rajini have also worked in films such as "Annamalai" and "Baba" over the years.

Delnaaz Irani speaks about entering Choti Sarrdarrni, her ...
52 minutes ago