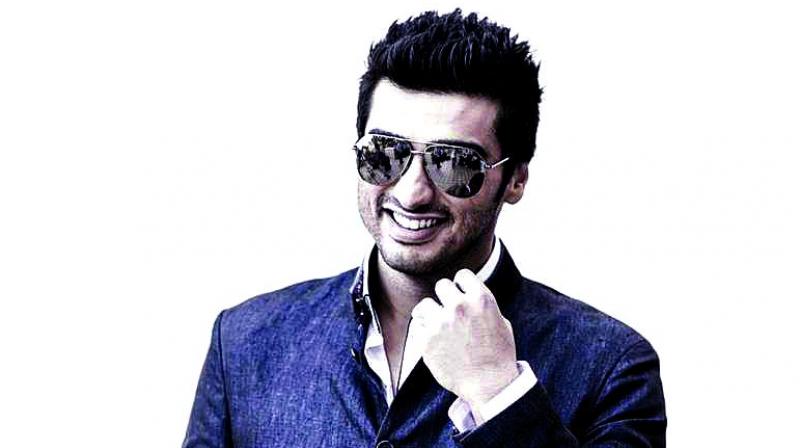 His uncle acts, his cousins act. But family members aren't competition for Arjun Kapoor, who will soon be seen in the same frame with his paternal uncle and veteran actor Anil Kapoor in "Mubarakan".

"I have never ever looked at my family members as competition. I am not competitive with my family at all. I want them all to do well and I don't ever think like that. Where the house is concerned, for me it has never been about competition," Arjun told IANS on the phone from Mumbai.

The 32-year-old Arjun, whose cousins Sonam Kapoor, Harshvardhan Kapoor and Mohit Marwah too are actors, says that, while he may not be competitive, he is certainly very ambitious.

"Where competition in the profession is concerned -- beyond my house -- I have always stated that I am very ambitious. I want to do well. I want to make a career for myself as an actor and I am working towards it day in and out, but I do not get into the competitive streak of saying 'I want to outdo this one or that one' because I can only do that with my work," he added.

Arjun believes that the success or failure of another person doesn't define him.

"There's a lot of time wasted if I start getting into wondering about the competition because 'Pehle apna kaam sahi karlo (first do your work right)' and then you have to leave the rest to the audience eventually, because they are the biggest deciding factor," said Arjun.

Before joining the world of acting, Arjun had worked as an assistant director and associate producer on films like "Kal Ho Naa Ho" and "Wanted".

Asked if his behind-the-camera experience has given him an edge over others, he said: "I would like to believe yes, because it does allow me to be part of appreciating the whole process of filmmaking rather than just the acting. And I really do enjoy being part of that entire journey rather than just focus on my performance alone."

Arjun also said he likes to be a team player.

"It's always good to have that trust when you work as assistant and you have worked behind the camera... Then you know what everybody's jobs are and you know how good they are in their jobs. When you are on the set, you are very relaxed about having the right people around you and making your life easy," he said.

More than giving him an edge, he feels he is more comfortable because of his experience.

Arjun made his acting debut in 2012 and his work has been appreciated in films like "Ishaqzaade", "2 States", "Gunday" and "Finding Fanny". "Aurangzeb" and "Tevar" didn't work too well.

He says he experienced success and failure within the first year of his career.

"It sort of keeps you in check and you are kind of prepared for it and, at the same time, it would obviously be very silly of me to say I don't get affected... I am very emotional about my work and the films I do," Arjun said.

Learning of highs and lows is important, he said.

"I have seen it with my family, very closely, and I see it around me also. Everybody sees highs and lows. The highs and lows are Friday to Friday at the end of the day. You need to keep your head down and keep working rather than looking at your highs and lows because the profession gives you a lot regardless of success and failure."

Sanjay Dutt Admitted In Hospital Due To Breathing Problems; ...
46 minutes ago