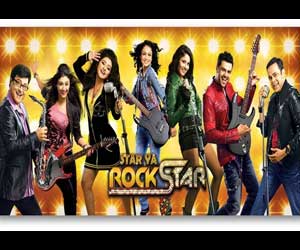 The singers of Zee TV's popular singing reality show Star Ya Rockstar will heave a sigh of relief as there will not be eliminations on the show this week. The viewers will also see a format change from the coming week.

A source says, "According to the present format, the contestants present their performances in front of the judges on Saturdays after which the elimination takes place based on the voting on Sundays. But henceforth the viewers will see the singers performing on both Saturday and Sunday after which the elimination will take place on Sunday taking equal percentage of audience votes and the judges' marks."

Seems like the competition has tightened as the singers have to impress the judges equally now. Hope the contestants are listening!

+ 2
9 years ago may the best one win...thanks for sharing

+ 5
9 years ago Manasi you are so talented..may you win in the end!

+ 3
9 years ago Since Debina bhabhi has eliminated I've stop watching SYRS... Judges you did wrong by eliminated her.. You will regret it.. And guys/ bhabhi fans what's wrong with you guys? You didn't vote for her?? No offence.. Whoever wins I don't care;for me Debina bhabhi is the bestest singer although she's eliminated!
Guys you don't have right to dislike this post.. If you heardly fans of bhabhi then please like this post if not then don't dislike it.