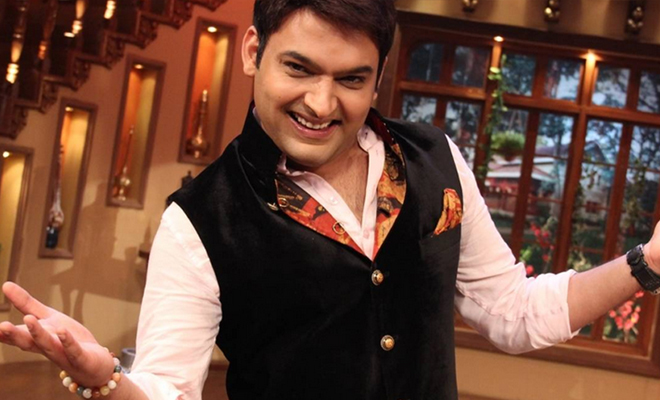 The most watched and a laughter based show Comedy Nights with Kapil is again in the news and this time the host himself is the reason. It seems that the channel Colors wants the show to become bi-weekly again after the action packed series of 24 tele series comes to an end but ace comedian Kapil doesn't want it the same way.
To know more about the same, we called up Kapil but his friend picked up the call and replied saying, "Kapil is out of station and he'll be back only after 5 days."
When asked about the chances of the show becoming a bi-weekly again, his friend on conditions of anonymity says, "Yes, it's true that Kapil doesn't want the show to turn bi-weekly again. The quality of the show does get affected. We are still in talks with the channel and let's see what the final result comes."

But before the launch of the 24 tele series show, Comedy Nights was a bi-weekly show, then why does Kapil not want it to be the same again? "Initially it was a bi-weekly but now Kapil has other work as well. He feels once a week is best for the show as then he can concentrate on his personal life too and there is something more coming up for him."
The news is out that Kapil will be seen in a movie. So we tried to know more about the same and this is what he had to say, "We are in talks with people for the same. But I can't comment on anything as the project is yet to be finalized,"
Well, will Comedy Nights with Kapil be a bi-weekly or a weekly show? To know more about the same keep reading TellyBuzz for more updates.
5 Likes

atominis 6 years ago There's dearth of good comedy shows on TV. Too bad it won't come twice a week.

ntmrjn 6 years ago I really love this show.it doesn't matter in quantity unless quality is the best.

AkshitaWrites. 6 years ago If Kapil is saying no... Then there sure is a reason... Lets wait ! Love Kapil Shharma !!

PLEASE VOTE FOR THE BEST COMEDY SHOW AND KAPIL SHARMA

WexQuasExort 6 years ago kapil u and ur show is awesome...
keep rocking ..
we are happy even if it comes once in week...