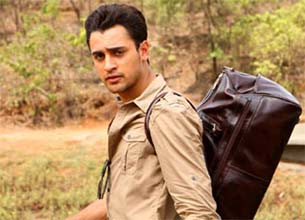 Actor Imran Khan, who has stepped out of Vikramaditya Motwanee's film "Bhavesh Joshi", says there was no "bad reason" behind his decision to leave it.

"I don't like to talk about reasons for not doing a film. It's disrespectful. There is no bad reason for leaving the film," Imran told IANS.

"There's something between him and me, so I don't want to disrespect anyone," he added.

Imran was to play the lead in "Bhavesh Joshi".

Last seen in "Gori Tere Pyaar Mein", the actor is currently awaiting the arrival of his first baby with wife Avantika.

His films haven't fared very well at the box office, and Imran says it is indeed "disappointing".

"Of course, it's disappointing, but one should learn to deal with it. I have always been choosy. I have done films that I have believed in. I don't think I have made foolish choices at all," he added.