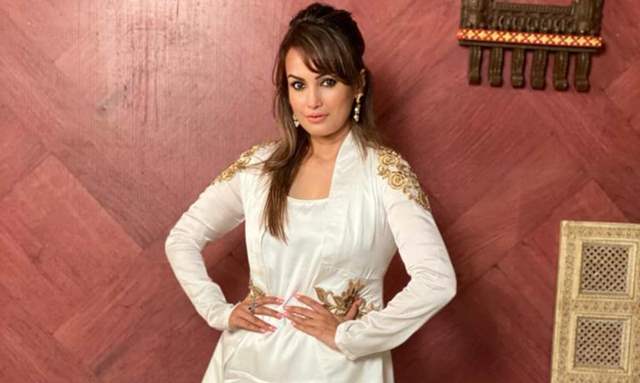 Zee TV's latest fiction show, Meet, has made a place for itself in the audience’s hearts since its premiere. The show presents the story of Meet (Ashi Singh), who mirrors several women across the nation that are fighting societal norms of gender roles regarding work and responsibilities. While the show has kept the viewers at the edge of their seat through its interesting twists and turns, Nisha Rawal's character of Masum has also managed to stir a sense of excitement amongst the audience.

In fact, Nisha Rawal is having the time of her life shooting for Meet. The actress is more than happy to play a negative character that has been keeping everyone on their toes till now. She revealed how she is enjoying learning how to portray the nuances of an insecure woman, who has had a lot to deal with in her life and feels that there’s much more to her character than what meets the eye. Being able to relate to Masum, Nisha is all the more pleased to be essaying the role.

Speaking about her character, Nisha Rawal mentioned, “The last show I did 8 years back was with Shashi Sumeet Productions and my comeback on TV as an actor is also happening with the same production house. That makes Meet even more special. I must mention that it has always been a wonderful experience working with them and I think that’s why in my journey so far, they have had a major role to play. Also, the character that I am playing is of an antagonist, but I wouldn’t say that Masum is a dreadful personality.  I think every person deals with their ups and downs in different ways and that's why they react in certain ways in certain scenarios. Masum is one such person who has had her share of insecurities and that keeps acting as a catalyst to making her appear as the villain. Of course, there are shades to every character, and I feel getting to play a role like this is quite amazing. In fact, I’ve always been offered glamorous roles till now, but for a change this character is not similar to what I've played till now. All I can say for now is that I’m happy to be working around such wonderful people who are really kind.”

While Nisha Rawal is ecstatic about her role and is having a great time shooting on set, there is some major drama that is going to take place in the Ahlawat and Hooda households.

+ 3
1 months ago Wish her all the best and peace in her life.