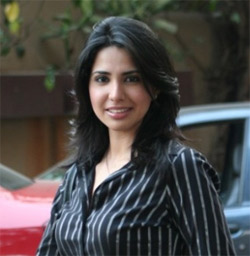 This one has gone from being nice to naughty. Nikita Anand, who played a sweet bubbly college student in 'Dil, Dosti Etc', has decided to turn a new leaf. She's donning shades of grey in Partho Ghosh's next film 'Ek Second – Jo Zindagi Badal De' with established actors like Manisha Koirala and Jackie Shroff giving her company.

Of course, the character's personality doesn't match Nikita's and so it's going to be a challenge for her to do justice to it. "I could identify with the character I played in 'Dil, Dosti Etc' and so it was not too hard for me to do that role. But this one is the opposite of the real me," Nikita reveals.

For a performer, research is everything and Nikita studied the character through books and other films. Now, let's see if her hard work translates into a good performance and establishes her as a versatile actress too.
Featured Video