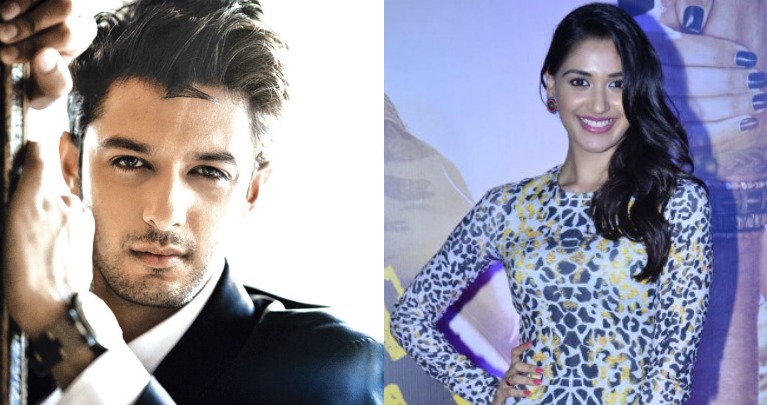 With shows like Ichhapyaari Naagin on Sab TV, Love Ka Hai Intezaar on Star Plus and Woh Apna Sa on Zee TV, producer Siddharth P. Malhotra (Alchemy Productions)  is all set to bring his next on Sony TV.

And this time, it is a finite thriller series.

According to the buzz, actors Vatsal Sheth and Nikita Dutta will be playing lead roles in the show. While Vatsal was last seen in the web series, Spotlight, Nikita was last seen in Sony TV's Ek Duje Ke Vaaste.

The show will be a thriller and will have an added element of peculiarity to it.

We contacted Nikita, who said, "There is nothing concrete or confirmed yet. It is in the initial stage right now, so it's too soon to say anything."

We tried contacting Vatsal, however, he remained unavailable for comment.

Winterbear 3 years ago Sid M's shows are always different and worth watching.would love to see Vatsal and Nikita Dutta together.i have seen vatsal in Nikita's old insta posts looks like they are good friends offscreen too.

Tacker_Holic 3 years ago Commenting for Woh Apna Sa only!! Love that show!

Alikhan2158 3 years ago Producer Siddharth P Malhotra truly knows how to tell a story rightly. Love all his shows including Ichhapyaari Naagin, Love Ka Hai Intezaar and Woh Apna Sa. I love that they are all finite. Love Sanjeeda-Keith's chemistry. Waiting for Preetika's entry and Love Disha Parmar-Riddhi Dogra-Sudeep Sahir and Priyal Gor-Mishkat Varma. Love Vatsal Seth too. This producer is working with Ek Hasina Thi jodi in two different shows. Looking forward to this show too. Hope it does well. Nikita is talented too

violette 3 years ago two thrillers on same channel.. eh.. sounds fishy.. if this is finite series tht it will replace beyhad.. nothing against Nikita bt wud wait for Namik Paul's thriller show rather..

--Amulya-- 3 years ago Yes, she did quit her previous shows but she had valid reasons which no one can deny... for life ok show she was sidelined highlighting villain of the show and during EDKV she was ill which went out of her control. I hope this show works out. Namik's fans, stop trolling Nikita.

rose1000 3 years ago Nikita has a habit of qutting in the middle of the show. How long will she last in this show? Makers be careful.

peachesandcream 3 years ago lets see how long Nikita remains in the show since she has a track record of quitting the shows she's been in, lol.