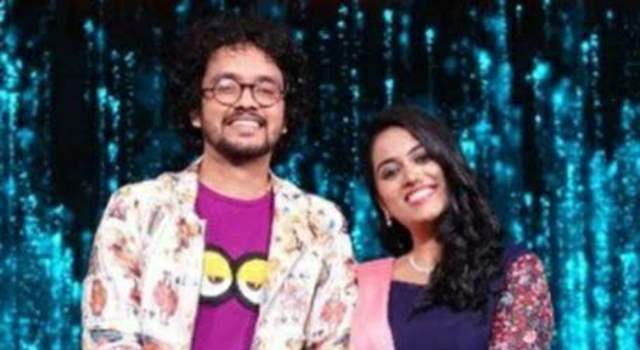 As we know, Indian Idol 12 is finally in its last few weeks where the singing reality show is all set call it a wrap after over seven months of being on-air. Clouded by an array of controversies and so many other things, this has only propelled Indian Idol 12 to have a massively successful season as one knows.

One of the things that has been in the rumor brigade as well has been the apparent 'love angle' between Nihal Tauro and co-contestant Sayali Kamble.

Going on to talk about the same and other in an interview with ETimes TV, Tauro said, "We call Sayli Bhai and she considers me as her younger brother. We love each other a lot and she is not my sister but a big brother (laughs). There is no romantic angle between us and I know our bonding can give this impression that there’s something going on but trust me there’s no truth to this romantic angle story. Our bonding is great as we like spending time with each other by rehearsing or playing UNO. Sayli and I sing and rehearse a lot together. We even give inputs to each other and better each other."

Indian Idol 12 is set for s grand final next month