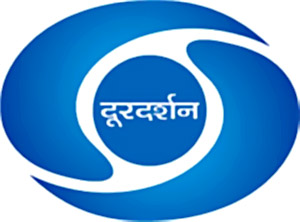 Remember the days when there was a plethora of entertainment options on Hindi TV channels on New Year's Eve? Alas! The end of the year entertainment quotient hasn't been the same despite so many channels.

TV was dull and disappointing for the viewers who were hoping to be treated with entertainment special supplements, which was a ritual just a few years back.

With cold wave sweeping the north India during the period, many, especially elderly people and children, prefer to sit with winter delights like peanuts, gajak and rewadi and a cuppa in front of their TV sets expecting the world to implode on their screen. But their expectations took a beating this time around.

It's a myth that everyone parties on the New Year Eve's, said an upset Krishna Singh, a 62-year-old homemaker, and added: "For us, it is a family time. We sit in front of the TV and enjoy the shows and also relive the past by sharing anecdotes."

Except for Doordarshan, some Hindi channels stuck to their regular programes, while others beamed award shows, which were not worthy of note.

Singh rued Doordarshan's attempt at a special, a tribute to the vamps of the Hindi films that was lusterless.

In a country of 121 crore, over 47 percent of Indian households have television sets and barring a handful of them, a larger section depends on the TV programes to bring fun, frolic and entertainment in their lives on the New Year's Eve.

But it was an uneventful evening on top channels - Star Plus, Sony TV, Colors or Zee TV.

If Star Plus beamed the lackluster Big Star Entertainment award, the repeat telecast of Golden Petal awards on Colors too lacked the fizz.

Meanwhile, Sony TV and Life OK or SAB TV relayed regular daily soaps and serials. Zee TV too was in the same category except for the fact that it interspersed the story of its ongoing show 'Doli Armaanon Ki' with few dance performances.

Nidhi Rao, who is from the advertising sector, said it was 'a bad decision' to do away with the specials.

"There was nothing on TV. Some channels were running normal shows while a few had award functions. I tuned into Doordarshan and what they called New Year Celebration programme was distasteful and bland," Rao said.

According to 2011 census report, of the 121 crore Indians, 83.3 crore live in rural areas and 37.7 crore in urban areas and all cannot afford celebrations in five-star hotels, house parties or family travel.

So, for a large segment, television's is an important source of entertainment as an average viewer spends around 130 minutes per day watching TV.

"I remember that a few years ago, the TV gave our family enough reason to be together, in one room, cheering and rooting for our favorite actors or films and performances," she said.

"But now there are hardly any options and whatever comes, is not entertaining enough. For us, it was better to sleep before the clock struck 12 rather than staying up and be tortured with the sad content," she added.

Shaina_b 6 years ago Totally agree with this article!!!!!

_symphony 6 years ago dese days channels only think abt money.Ofcrse the cost spent on organizing such a huge show n performances wont be returned in terms of money.As for awards...big star awards were pathetic...they think shilpa shetty is a better host/judge than kapil sharma or Mr bachan...heights

Minionite 6 years ago I was awaiting a nice New Year's celebration on some channel as well, but all we got were some really bad award shows and a couple of regular shows...I didn't mind but it just came as a surprise...

pallavi25 6 years ago 22 yrs ago when we lived in India, DD was the only channel and it usually showed really fabulous year ending programs for New Years Eve! There were skits, dance performances, Hindi movie songs and even English music videos like Michael Jackson, Madonna etc.

kaur1313 6 years ago Agree...Not only in india...NRI's also plan to watch new year celebeation programs with their families on tv...but There sad no shoe on tv...we all were disappointed !

sparkling_gems 6 years ago @jagspaddy I understand where u r coming from? Infact I share the same emotions. DD days were really golden days of t.v.

Senpoo 6 years ago I'd forgotten TV and had tuned into FM Radio which had good Year 2013 Countdown songs! Was good fun, playing cards and listening to music! And joined the countdown to witness the grand entry into 2014! Sure, TV lost its charm!

anilgupta1 6 years ago I love Star Plus. But even it stooped down to the level of Colors Channel by advertising that sunny leone will be performing in the big entertainment awards. Even if someone wants to watch it at home, he cant do it after knowing that Miss Sunnyji is going to dance. What a shame on the part of Star Plus. Moreover they have come up with this Nach Baliye which is nothing more than vulgar dance being appreciated by some sort of judges. Even the TV stars are not far behind the bollywood stars these days in exhibiting vulgarity. Anyways fans of these so called tv stars who are dancing can give a thumbs down.

jagspaddy 6 years ago We are a middle class family. We did not have cable connection untill my sister finished her MSc and she started working! DD was the only channel we had to watch and that itself was enough for us to keep glued to the seat. I remember the year we had Tsunami in South India on Dec 25th.. DD was announcing its grand celebration untill then. After the devastation, it aired the movie "Anand" and after a week aired the celebration programme. I used to love watching DD. But now.. it doesn have any content and no life.. Common DD pull up your socks and do something.. There are millions of ppl who still love you!

Nawazuddin Siddiqui Waited 20 Years to Work with Sudhir ...
an hour ago