Star Plus and Balaji Telefilms' Kis Desh Main Hai Meraa Dil will be seeing the entry of a new family comprising of a Dadaji, Dadiji, three brothers, the wife of the first brother and their kid.

Featured Video
The Punjabi family enters the Joneja family to seek revenge. According to our source, "The Dadaji of the new family Joginder Singh, played by Arun Mathur happens to be the cousin brother of Lalit Joneja (Deepak Qazir). In the past, Lalit Joneja would have amassed all the family property without giving his brother any share. The family after being betrayed would have shifted base to a village".

The coming episodes will also see the comeback of Daljit (Tasneem Sheikh). "Daljit will be the one who will go to the village and provoke the entire family to get back to the Joneja house and fight for their rights. With this, enter the family members into the Joneja house. Playing the Dadiji will be Mamta Luthra who was earlier seen in Sabki Laadli Bebo. The eldest of the brothers is played by Ajay Nain, who was earlier seen as Dharam, the elder brother of Ranbir in Zee's Ranbir Rano. His wife's role will be essayed by Megha Dhade who was last seen in Kasturi. The middle brother will be played by Rahul Dwivedi of Splitsvilla fame. The actor to play the youngest brother has not been finalized yet", informs our source.

However, Jatin Shah was approached to play the youngest brother's role. "Jatin Shah was almost finalized to play the main role, but few problems have cropped up and it is likely that he might not do the show. The story ahead will be that the new family will plot and plan against the Joneja's and would also plan to kill Prem. Instead, Preet aka Sushant Singh Rajput will be killed. It is speculated that one of the two unmarried brothers of the new family will go on to be the man in Meher's life, after the death of Preet".

It is heard that this development of bumping off Sushant Singh Rajput's character in Kis Desh has been taken so that he can concentrate fully on his other show on Zee TV where he plays the main lead, Pavitra Rishta.

We tried calling Sushant but he remained unavailable.

We tried calling Jatin Shah and even sent him a text message, but he too remained unavailable.

We called up Rahul Dwivedi who plays the middle brother, and he confirmed the news. "I play a typical Punjabi guy, who is a man of actions rather than words. He is not a well groomed chap, and is not educated".

Megha Dhade who was earlier seen in Kasturi as Sanchi also confirmed her entry, and said, "I play the full of life Punjabi Sikhni, married to the eldest of the brothers played by Ajay Nain. We have a kid too in the show. I am a complete family woman, in other words the home maker. I cannot tolerate any kind of injustice against my family".

We talked to Ajay Nain who plays the eldest of the brothers. He said, "I am very aggressive, and our entire family aims to avenge the Jonejas and get our property back".

A big battle on cards for the Jonejas now!! 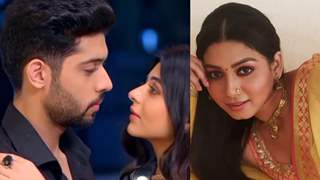 Aakriti vows to separate Gungun & Anubhav; AnuGun to have an emotional ... 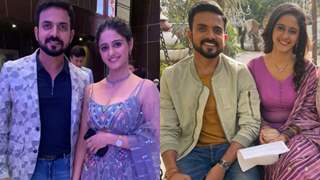 He might exit from the show but will stay with me forever: Ayesha ... 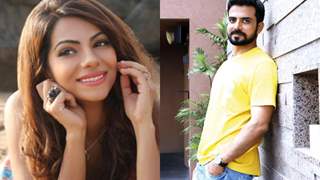 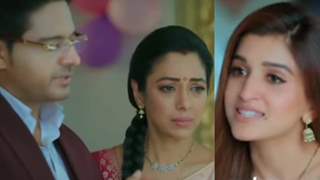 Anuj and Anu discuss about adopting a baby in ‘Anupamaa’; Kinjal to ... 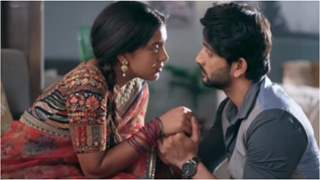 Imlie rescues Aryan from an accident; Jyoti set to cause major ... 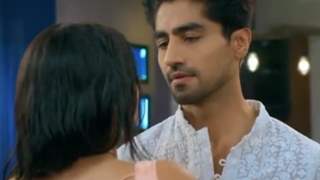 + 4
11 years ago I was so sad when Preet died...that was horrible for the show but yet I understood why it happened for Sushant's sake so he could concentrate on Pavitra Rishta. Missing Kis Desh days...missing my Prem, my Heer, and the rest of the Juneja clan (when they were all sane...lol)

Wishing all the best to Sushant, Harshad, and Additi.

11 years ago Miss Prem and Heer :(
Love you :D
All the best
Additi, you did a fabulous job as Pihu
You rock!

11 years ago Harshiti love you and miss you

+ 3
12 years ago The new entry seem great but killing of preet is not acceptable.

+ 6
12 years ago please this should not happen....preet should not die...we all dont want this to happen...please creatives change ure mind...

+ 6
12 years ago entire thing sounds good, except preet killing part
ohh we dont mind seeing him once in a week but pls dont bump his character off permanently