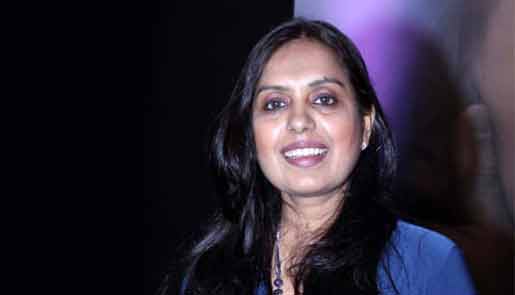 Writer Shagufta Rafique says a lot of misunderstanding ensued ever since it was reported that she has moved out of the Bhatt camp (Mahesh and Mukesh Bhatt). She claims she did not make any such comment.

"This news has created a lot of misunderstanding in my life. I have never said that I have moved out of Bhatt camp, it's just that at present I am concentrating on direction," Shagufta told IANS.

Once a bar dancer, Shagufta started her career with Mahesh Bhatt by assisting him on movies such as "Tadipar" and "Sir", but later she turned to scriptwriting and penned scripts for Bhatts' hits like "Raaz 2- The Mystery begins" and "Murder 2"

"It's just that the script I had did not fit the Vishesh Films and neither have I approached Mahesh Bhatt or Mukesh Bhatt with this script. I am friendlier with Pooja Bhatt, so I went to her with the script," Shagufta said.

"I have just finished writing the dialogues of 'Humari Adhuri Kahaani'. Then how can one say I have moved out of Bhatt camp? In fact, I will be writing one more script for Mohit Suri after I finish my film. Vishesh Films already has a bunch of directors, so I didn't approach them with my script," she said.

Tentatively titled "Rose", Shagufta's directorial debut will be produced by Pooja Bhatt and is expected to go on the floors by November.

Talking about her directorial venture, she said: "It's a love story between Richa Chadda and Ali Fazal. They have a love marriage and then one incident just changes their life. The girl becomes a victim of a gang rape, which leaves their marriage completely devastated. I will start shooting for the film from November, which will be widely shot in Mumbai and Delhi."