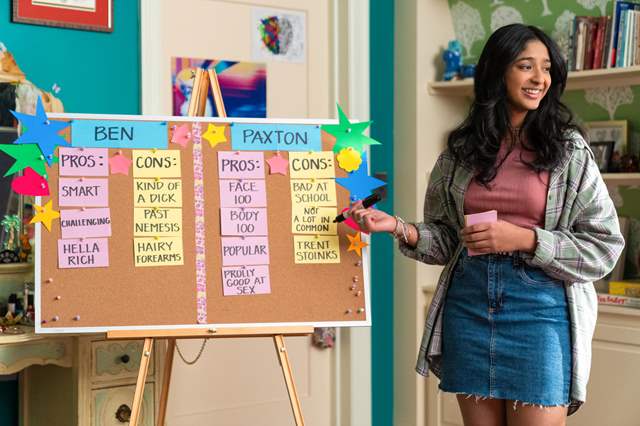 In Season 2 of the coming-of-age comedy Never Have I Ever, Indian American teenager Devi (Maitreyi Ramakrishnan) continues to deal with the everyday pressures of high school and drama at home, while also navigating new romantic relationships. Never Have I Ever is created by executive producer Mindy Kaling, with Lang Fisher serving as executive producer, showrunner and writer. The Universal Television project is also executive produced by 3 Arts Entertainment's Howard Klein and David Miner.