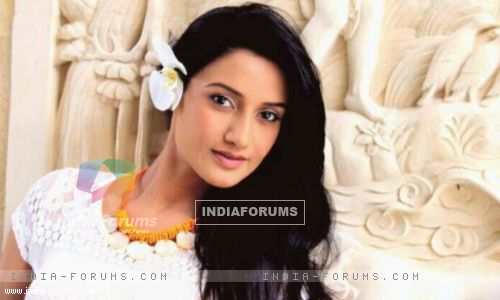 You have seen your favorite star Rati Pandey acting with perfection on-screen but do you know how much hurdles she had to cross to reach till here? Like all other actors, even she had to go through various auditions and prove herself to get promising roles like Nupur, Indira and others. Like we all cherish the memories related to our first dayâ€™s experience of anything, even Rati cherishes her memories related to her first audition which wasnâ€™t a smooth ride for her.

Talking about her first day of audition, Rati told us, â€œAfter coming to Mumbai, I went for an audition for Hats Off Productions and that was for a lead role. I didnâ€™t know anything then and I quickly came out after entering the audition room as I saw a lot of people sitting there and waiting for their turn. I had thought from my childhood days only that I will never work under someone and I even told this to my father that I can do a business or any other thing but there shouldnâ€™t be any boss over me. My first audition was very very pathetic because that time I was not at all groomed. I didnâ€™t know to handle myself as I was like a kid when I came to Mumbai and I was unaware of everything like camera, auditions, narrating the lines etc. It just happened. I went for an episodic and they liked my face and they told me that you are very cute and we would like to cast you for this episodic. It was for the show Raat Hone Ko Hai and the shoot happened for 4 days.â€

She further added, â€œI was selected for the show and when I had my first day of shoot, I was sweating with nervousness. My very first scene was to seduce Nasir ji with a handkerchief. I was quite young and he was senior to me. I was not  able to understand as what to do with the handkerchief (laughs). Luckily, he taught me everything and saari team sir pakad ke baithi thi ki kaun aa gayi yeh, kuch nahi aata isko (laughs). I was shivering literally and I went to the makeup room and started crying saying that I donâ€™t know how to do it. Iss show mein toh main royi hin royi and after this I got the lead role in Star Plusâ€™ Shaadi Street and there too my director made me cry for 3-4 days. So, ro rokar aj main yahan hoon (laughs).

We wondered how Rati got involved in giving auditions and she shared, â€œThere was my friend who was living in Mumbai and I had also participated in Zee Cinestars long back in which I was eliminated from Varanasi. I was called by Ajay Sinha ji from Mumbai which was my first audition. He only told me everything about audition as what it is, about doing the scenes and how everything happens. I had one friend of mine who was from Cinestars who was from Mumbai. He helped me a lot. He used to inform me about the auditions and took me to around 5 auditions that time. All the co-ordinators were used to tell that how will I do everything as I donâ€™t know anything. I didnâ€™t even know make up and narrating the lines but whoever told these things to me, are my good friends today and half of them call me â€˜Ma'amâ€™ today (smiles). Some of them used to tell me that how come you are playing the character as you donâ€™t know anything. They used to tell me that we have called a special girl from Kolkata who will be playing the lead in Shaadi Street and I used to tell them that no I have been finalized for the role and I used to call my parents and tell them and I am not understanding as whatâ€™s going on here as I am selected here but everyone is saying that some other girl is coming. Then my producer Deepti Bhatnagar called me and she said that donâ€™t get influenced by any such people; you are selected and just like a daughter, she called me at her house and she colored my hair to black as my hairs used to be brown colored then. The shoot was to happen the next day. Then she told me everything about hair styling, outfits, just like her own sister she groomed me and then we started shooting.â€

So, was Rati nervous on the first day of her shoot? She answered, â€œWho doesnâ€™t get nervous? We arenâ€™t born facing the camera! Every person gets scared of facing the camera for the first time and nervousness happens. I used to cry a lot then. I was shivering and didnâ€™t know how to do everything. I knew that I had to look into the camera then I was asked to say my lines. Then when I started doing this then I was questioned about expressions. From my childhood days only I used to act standing in front of the mirror but camera mein dekh kar meri sitti pitti gul (laughs). I used to get very nervous then slowly slowly I observed other contestants like how they do everything and I started learning everything. After giving few auditions, I got the confidence.â€

So, how do feel when you look back at those days? When quizzed Rati about it, she replied, â€œI feel that I have lived every moment of my life during that time. Still we are learners and struggle but the time you didnâ€™t know anything and you were ignorant then people take advantage of you. Itâ€™s a good thing that no one took any advantage of me and exploited me. There is a lot of difference between those days and today. Now, I am much groomed, now I can interact much with people, now I know how things happen. I came with the values and morals given by my parents. My parents had told me that always keep your parents in mind whatever you will do. So, the trust with which I had come along is maintained till now and usi trust ne mujhe yahan tak pahuchaya hai because I never went wrong, chose any wrong project or became friends with any such people. All are good people around me. So, I was ignorant then and now I am much confident. Ignorant hone ka bhi maza hai because you get pampered a lot and I got so many friends then because I was ignorant and jinke zyada dost hote hain, who kahin ke nahi hote, I feel so. So, dheere dheere friends kam hone lage aur jitney hain, utne hin kaafi hain mere liye (laughs).

So, any tips for the budding actors? Rati told us, â€œI cannot give any tips for them. In my point of view, you wonâ€™t get to learn anything if you wonâ€™t experience anything. You cannot do anything in life until and unless you wonâ€™t take up any responsibility.  Being an actor, in my point of view, whenever you go for any audition, just remember about your family about your parents for whom you have left and have come. Always think of them that you have come here after leaving them toh unko muh bhi dikhana hai that mujhe kuch karke dikhana hai. So never let loose and never get influenced by other people. Do whatever your heart will say you to do and never copy any actor; there are so many television actors who are Salman Khan, Shah Rukh Khan so it would be better to make your own mark than copying others. Always think individually because these days viewers are wise to catch you copying any actor. So, get inspired by them but do not copy them.â€

Priya258 6 years ago Thanks for this article! Amazing interview.u r really cute.dnt copy make ur own mark.awesome.love u DI.

ratiamisha 6 years ago Stealing the blue from the splashing seas, A tinge of green from the youthful trees, A bit of orange from the sunset hues, With crystal white from the morning dews, I have framed a bright and colourful wish Just for you Rati Pandey...

8time 6 years ago RATI PANDEY
When all the Bird leave the sky
When all ocean will dry,
When all ur friends will say u buy,
Then I Will be there to say u "HI"
Good Night.

nupurrock4ever 6 years ago Miss you Rati.. good night angel love you so much

vivikiki 6 years ago thanks for the article i-f .. angel Rati Pandey love you