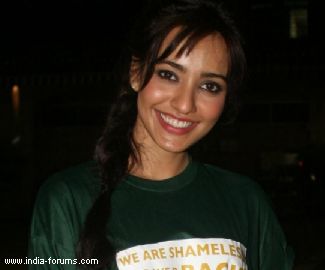 "I am playing a guest appearance in Kunal Kohli's 'Teri Meri Kahaani'. As the film speaks about three different eras, I will be seen in 2012 era with Shahid," Neha told IANS.

Describing her role, Neha said: "We both are from London University and how Shahid finds a soulmate in me will unfold in the film. However, later we end up finding our own soulmates."

Neha shot for her part in London in September 2011.

"Teri Meri Kahaani", releasing June 22, is a love story set in three eras. It features Priyanka Chopra in the lead with Shahid.