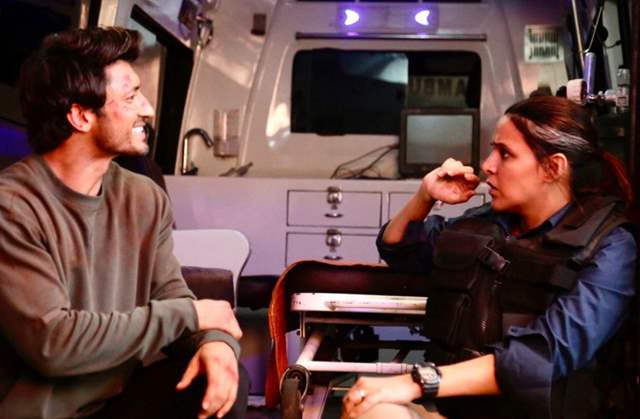 Action, adrenaline, and Vidyut Jammwal are synonymous with one another. We have, time and again, seen Vidyut Jammwal raise the bar for action thrillers in the industry with his astounding performances. His latest release Sanak, with its riveting plot alongside Vidyut’s action figure persona, builds up to be no less than a gripping action video game. Presented by Zee Studios in association with Sunshine Pictures Pvt. Ltd., Sanak, showcases the one-man army against the face of terror with only one lifeline to save the love of his life. On Saturday Premiere Party where &pictures will premiere new premieres every Saturday night, catch the most exciting thriller of the year Vipul Amrutlal Shah’s ‘Sanak’ on 4th June at 8pm only on &pictures.

It is true when they say, he is Bad when he is Mad because when a regular, family man, leading a normal life away from violence and terror faces life threatening situation, he becomes an unstoppable force of action saving the day with his slick backflips and powerful punches. Vidyut Jammwal being the perfect mix of power and force, dons the action avatar that rescues the hospital from the terrorist along with Chandan Roy Sanyal playing the face of terror, Neha Dhupia being the solid support as the police officer and Rukmini Maitra as the pillar of Vidyut’s strength. With this fabulous star cast helming the film, we do not see a dull moment on the screen.

Talking about the film, Neha Dhupia said, “Sanak was a one-of-a-kind experience, I must say. It made me realise how there is a definite shift in mindset in the industry and outside. I worked seamlessly through my pregnancy without judgment, which is such a big win. Sanak not only focuses on the saviour that emerged from the crowd to save the day at the hospital under attack but about the external strengths combined with teamwork and passion that get us to the happy ending. And that visionary narrative really caught my attention and got me onboard. I think Sanak is a must watch for all the action-seekers out there."

Talking about his character, Chandan Roy Sanyal said, "Negative characters have always fascinated me. There's always an interesting story to why the character is the way they are and that's always intrigued me. There is no Dark Knight without his Joker and Sanak gave me the opportunity to play a grey character to the protagonist. A lot of preparations and narrations went behind building up the character, we had action specialists from the USA to train us and a meticulous schedule to follow to get every bit right. Shooting for Sanak was one of the most exciting experiences of my career and I am sure the television audience will enjoy this action-thriller.”

Talking about her experience, Rukmini Maitra said, “To me, my ‘Sanak’ is my passion. I always want to give my 200 per cent to anything I commit to in life. I have always loved watching Bollywood movies. So, to get a chance to star in one, that too opposite a flawless action star Vidyut, was more than humbling. He is a gem of a person, the one thing I was most excited about was the opening scene. Vidyut is always seen pinning people down and it is the first time a heroine was seen pinning him down. He trained me himself for the scene, which was intimidating but I also knew it had to be perfect.”

Sanak takes you on a journey filled with thrill, suspense, and a rollercoaster of emotions as our lone hero Vivaan (Vidyut Jammwal) rises to the occasion to fight the deadliest terrorists and save the love of his life, Anshika (Rukmini Maitra) along with other unfortunate, helpless hostages in the hijacked hospital. Set in a strenuous environment, the hospital under attack lays an ultimate ground for the game of good warding off evil. 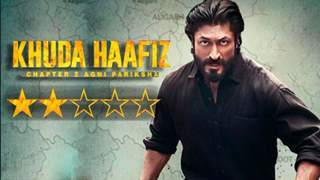