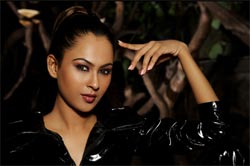 Neha Desai who was recently seen playing a negative role in Zee's Ranbir Rano is all set for a new avtar in Sahara One's Woh Rehne Wali Mehlon Ki.

According to our source, "Neha Desai has been finalized for a very important role in the Rajshri Productions show. She will be entering in the last week of February".

"As the story progresses, her character will have a love track with one of Rishabh's (Karan Grover) brothers, Varun", adds our source.

We tried calling Neha Desai for a confirmation on this, but she was unavailable for comments.

Wonder what impact will her entry have on Rani's life?