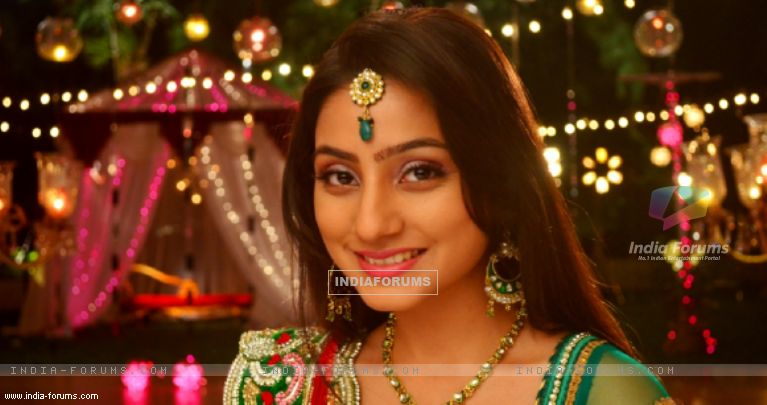 Urmi of Doli Armaanon Ki (Spellbound Productions) has become a household name now. The female protagonist of the show, Neha Marda has put in her papers and will soon move out of the show. It is a hard fact for the peeps to digest the fact, leaving them in shock.

TellyBuzz has managed to speak to Neha on her reason to quit the show, journey and much more!!

Post the leap, Mohit Malik who essayed his ex-husband in the show will play grown up Shaurya. I will not be a part of the show but I am sure the show is going to do wonders and will keep entertaining the audience like always.

I had a fantastic journey being a part of the show. I made some really lovely friends; my producer is the creative of the show. Pearl Grey just cannot be beaten in creative sense. I will miss working with Mohit Mallik and Geeta Tyagi the most. Also, Vibhav Roy became a very close friend of mine, I will miss him too.

I have played all the shades of women - a daughter, a married woman and a mother. The story revolves around how a woman goes through all the harassment, torture and agony. The show is about women empowerment and I am so glad I am a part of such a great show.

End of the track:

There is no such end to my character. Urmi is the narrator of the show and it is not possible in any way to end the track of the narrator. Makers are still figuring out as to what can be done to keep the show going.

As of now I want go for a holiday and need some time for myself. After a month, I will surely be back on floors with a bang. Nothing has been finalized whether I will be doing Jhalak Dikhlaja or not. I am still contemplating on it.

TellyBuzz wishes Neha all the best for her future endeavors!

6 years ago So Neha and Vibhav both leaving the show? It's not gonna be the same... When leaps take place in any serials it's like watching a whole new show altogether...

will miss u so much.. n hope to see u soon again

of course u need not play a mother of someone as old as u lol...
keep rocking

6 years ago Gladdd that mohits playing shaurya...so a new lead girl opposite mohit..hope to see a intense love story..wud wish to see mohit nd neha too in a love story..I feel they were rocking together..

+ 4
6 years ago Why are they dragging this show like this? Recently only they took a leap. Now a giant leap? For what? Neha is correct. Why she should play a mother to a 30yr old man?