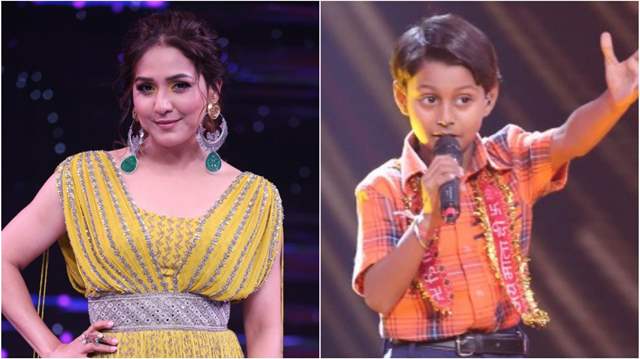 Zee TV’s Sa Re Ga Ma Pa is the longest-running singing reality show format that has been ruling the hearts of audiences for almost 3 decades. After introducing the world to talented powerhouses like Shreya Ghoshal, Shekhar Ravijani, Kunal Ganjawala, Sugandha Mishra, Kamal Khan, Raja Hasan, and Vaishali Mhade who have carved a name for themselves in the industry, Zee TV is giving some exceptional young singing prodigies a chance to shine on the grandest stage once again with the 9th season of Sa Re Ga Ma Pa Li’l Champs. This season viewers are getting to watch a fresh panel of judges including Shankar Mahadevan, Anu Malik, and Neeti Mohan guide the young singing sensation with Bharti Singh entertaining one and all as the host.

With the top 13 contestants mesmerizing one and all with their fantastic performances, this weekend, viewers are in for a treat with legendary music composer – Pyarelal Sharma and his wife Sunila Sharma will be seen gracing the special episode - ‘MD Rafi Night’.  While all the contestants gave it their best, it was contestant Harsh Sikander's performance that won everyone’s hearts. Right before Harsh’s performance, contestant Harmeher’s father shared how kind Harsh is. He revealed that whatever money he receives as blessings from the jury members after his performance, he requests him to send it all to his mother so that the money can help her with the household expenses. Listening to this, Neeti Mohan got emotional about how mature Harsh is for his age to take responsibility of his house and decide to do this for him!

Neeti Mohan said, “Since the day I met you, you’ve made a special place for yourself in my heart. I want to be in touch with you all my life, no matter how old you are or how famous you become in the future. I would like to take care of your education going forward, your studies, your music, your clothes, and your toys. Everything will come to you from Neeti Didi.”

She further added, “I have learnt from Harsh that even if you don’t have anything in life, you should still have a big heart and give it to others. God will give it to me, and I will give it to him.”

Well, isn’t this one of the sweetest gestures by Neeti Mohan!