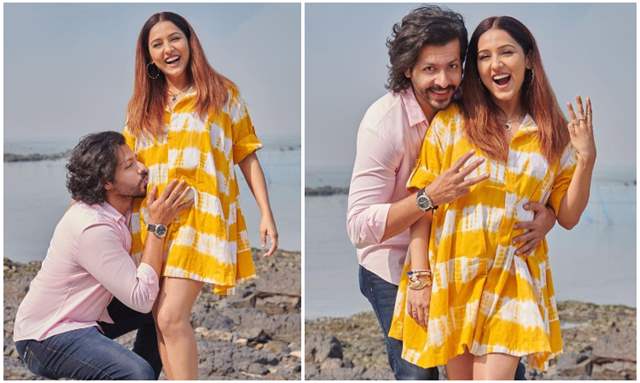 Singer Neeti Mohan took to social media to share a good news with all her fans and followers. She announced her pregnancy with husband and television actor, Nihaar Pandya, on the same day when they celebrate their second wedding anniversary. It’s truly double the celebrations for the couple!

Neeti and Nihaar have clocked two years of marriage and are now all set to embrace parenthood together. The duo shared a bunch of cute pictures on Instagram as they made the happy announcement.

In the pictures, the singer can be seen flaunting her baby bump in a yellow printed shirt dress, while Nihaar wore a pink shirt and black jeans. Have a look: