The sets of Swastik Pictures’ Saas V/s Bahu were set ablaze with the saas's performances on Monday, 22nd September with Neelam Mehra and Kishori Shahane rendering scintillating performances, so much so that the judges showered praises galore for the two actors.

Featured Video
Neelam Mehra sizzled thro' her performance to such an extent that judges kept acknowledging her as 'Mirchi' throughout the conversation. Arunaji was most impressed by her expressions and presentation and says that she always remembers Neelam as a Bindaas girl. Arunaji also claims that Neelam was never a great dancer, but in spite of that, she did tremendously. Not only was Aruna proud of her, so was the entire saas clan who came up on the stage to cheer her. The praise and support left a usually bubbly Neelam teary-eyed. Aruna even went on to taunt the bahus that the saas' were outperforming them. The element of fun enters as Karan light-heartedly comments that if ever the stage collapses it will be due to Neelam's performance. He adds, "chalo ladki na sahi, sassu ma to hai' to which Neelam replies 'mujhe laga ladki na sahi to ladka sahi'.

Following Neelam, Kishori waltzed on to the stage with a rocking performance leaving the judges to ponder as to where do the saas' get their abundance of energy from. Longi was impressed the most by Kishori's performance. Karan wasn't left far behind in his praise as he says that Kishori should have been a a bahu since she danced better than all the bahus present on the sets. Kishori thanked him and dedicated her performance to Sridevi as she has always idolized the South Indian actress and learned her dances moves by watching her perform.

All this left the bahus speechless and the Saasus did not leave a stone unturned when it came to teasing their Bahus as they sang  'chup chup baithe ho'!!! 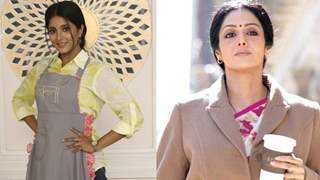 + 8
13 years ago That's nice. Looking forward to the episode.

both got alot of praise. looks like a must watch

will try to catch the performances