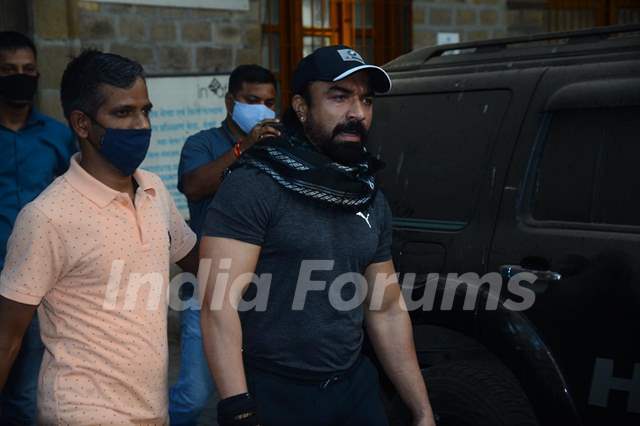 Former Bigg Boss contestant Ajaz Khan was detained at the Airport on March 30 by the NCB regarding a drug case. Post 8 hours of interrogation, he was then arrested by the NCB as well. And now, as has been reported by ANI, another raid was conducted by the Narcotics Control Bureau last night.

As per ANI, ''NCB conducted a raid at residence of a TV actor in Lokhandwala, Mumbai last night, drugs seized. The actor & a woman of foreign nationality who lived with him had left residence minutes before raid. NCB on the lookout for both. Raid was done after questioning actor Ajaz Khan: NCB.''

NCB has been rather active as far as conducting raids and taking relevant measures ahead is concerned. Among other TV actors, NCB had also questioned the likes of Bharti Singh and Haarsh, Abigail Pandey and Sanam Johar, etc.