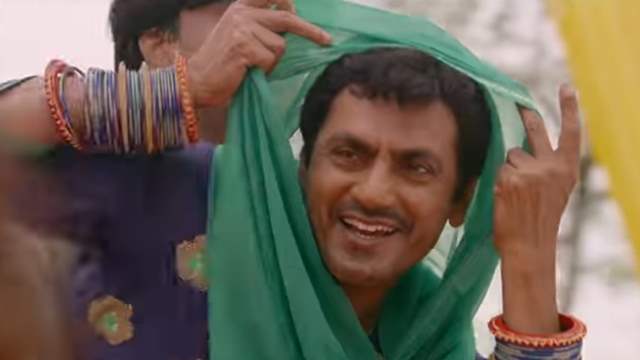 Bollywood actor Nawazuddin Siddiqui has constantly surprised the audience with something new. His flawless timings and uncanny ability to connect with his on-screen persona have earned him critical acclaim from all corners of the world. Nawaz as an artist has delved into different forms of presentation – be it theatre, films, web series or music.

Well, yes! Stepping foot into the musical world with his debut in the music album ‘Baarish Ki Jaaye’, Nawazuddin has received a lot of love and praise from fans.  The actor has now donned the hat of a singer. YES, you have heard it right!!! Nawazuddin Siddiqui has entered in the world of singing now.

It was a wonderful treat for all  Nawaz fans when the actor unveiled his song ‘Swaggy Chudiyan’  from his film ‘ Bole Chudiyan’ which marked his debut as a singer. The song shows his completely new avatar as he is seen wearing bangles,salwar kameez and rapping on the beats of his new song.

Talking about the same Nawazuddin Siddiqui mentions in a statement shared by his team:

I have always aimed to experiment and offer something new and unique to my fans. When I was offered to sing for my brother's film I did not give it a second thought as I always say I want to do something new and out of my comfort zone and singing was one of those thing. I hope just like I enjoyed shooting every bit of this song my fans enjoy it too.

Speaking of Bole Chudiyan, the comedy drama is directed by Shamas Siddiqui and stars Nawazuddin Siddiqui and Tamannaah Bhatia in lead roles.