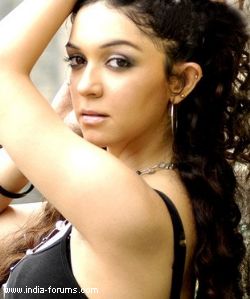 It was already reported that Hats Off has joined the trend of Telefilms on SAB TV and is producing a show for which Suresh Menon and Hemant Pandey have been confirmed. And the latest we hear is the Nauheed Cyrusi is all set to make her comeback on television with this show.

A source says, "Nauheed Cyrasi, who was last seen one of the contestants of Khatron Ke Khiladi, will return on small screen with the SAB TV Telefilm. She will join hands with actors like Jayesh Bharbhaya (last seen Papad Pol), Chirag Vohra, Jagesh Mukati."

When TellyBuzz contacted, Nauheed confirmed the news saying, "Yes, I am doing the show wherein I will play one of the prime suspects. I play the role of a wannabe actress named Shobhana."

The detective comedy which is titled Shobhana Ka Naam Lilly Nahi will be aired on 3rd December on SAB TV.

Let us see if the show adds up good numbers to the channel.

+ 5
9 years ago I haven't seen anything interesting by hat's off productions till now . Lets see this one

9 years ago A APPROPRIATE ROLE FOR NAUHEED TO ESSAY A WANNABE ACTRESS!.
#
'Hats Off' not only make great comedy shows but the executives also have a great sense of humour by casting a wannabe actress Nauheed to essay a role of a 'Wannabe Actress'..LOL.
NICE ONE 'HATS OFF', HAVE TO COMPLIMENT YOU ON YOUR SENSE OF HUMOUR.

+ 5
9 years ago i used to like her since her piya basanti days..
all the best!

does it mean she is going to do comedy?