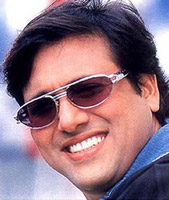 Featured Video
December 22nd, 2008. Directed by Jag Mohan Mundhra, this comic caper revolves around the life of a 40 years old bachelor, who finds himself infatuated with a very young girl.


'Naughty @ Forty' is produced by Anuj Sharma and Sandiip Kapur. It had successfully completed the 18 day shoot schedule at various locations in London with Govinda in July 2008. The entire schedule went as planned.


Produced under the banner of Sishty Creations and Promodome, this film has music by Monty Sharma and choreographer is Pony Verma.


Star cast of the film is Govinda, Anupam Kher and Shakti Kapoor