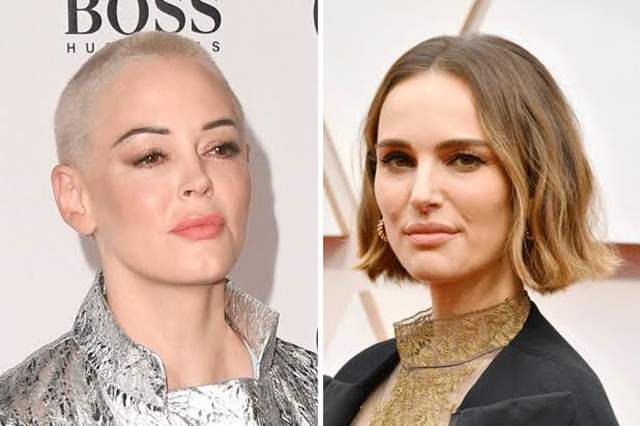 It seemed to truly be an extremely bold statement of sorts when Natalie Portman arrived on the Oscars carpet wearing a dress embroidered with female directors' names that were shut out on Oscars stage.

However, we reported about how actor Rose McGowan slammed Portman for this among other things calling it 'deeply offensive.' Now Portman decided to respond to it where she said, "I agree with Ms. McGowan that it is inaccurate to call me ‘brave’ for wearing a garment with women’s names on it. Brave is a term I more strongly associate with actions like those of the women who have been testifying against Harvey Weinstein the last."

McGowan accused Weinstein of raping her at the 1997 Sundance Film Festival, one of dozens of claims against the former movie mogul. She later reached a $100,000 settlement with him.

In her post, McGowan implied that Portman only paid lip service to working with female filmmakers, but noted that she had only worked with a few female directors over the course of her career.

What do you think about the saga? Leave in your comments below.

Keke Palmer Responds To August Alsina Slamming Her On Twitter

Ruby Rose On Her Exit From ‘Batwoman’