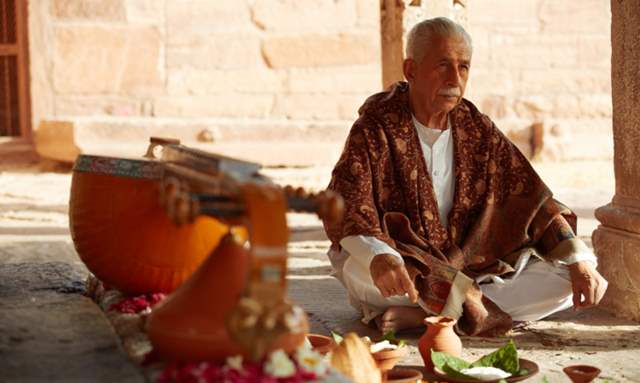 When asked in a recent interview if one of the reasons he agreed to do 'Bandish Bandits' was because his character had three shades, Naseeruddin Shah replied, "Well that was one of the reasons but I also wanted to work with Anand. I've seen his work and his films and I've always liked it. So that was a reason I wanted to do this project."

The actor further added "The second reason was that I've always had a bit of a problem with singing on screen. Mirza Ghalib helped me to come to crip with it and this film really helped me to overcome my terror of playback singing and this was rather difficult because it had some pretty complicated ups and downs in the classical mold and I'm not very familiar with it unlike Atul who has had something of a background of classical music and I didn't."

Naseeruddin Shah continued, "So it was great fun to try to get the manner of a classical singer. The third thing is that he's not a goody-goody character because normally the part written for elder actors are either wicked, scheming, munims or kindly, gentle, doctors or fathers or something like that."

Lastly, the actor added, "No one bothers to really go into depth where an elder character is concerned and this was a script in which this character is not always shown in a sympathetic light. In fact, he's responsible for a great deal of mishaps that occur to the characters in this series."