Comedy King Priyadarshan probably can make comedy out of any story and once a comedy gets Priyadarshan touch it has to be a hit. While that theory is accepted throughout the filmmaking population, Priyadarshan is back to make the equation yet more prominent with Mere Baap Pehle Aap. Let’s have a look at what the veteran director has to say about his current flick…

Q. How is Mere Baap Pehle Aap different from your other entertainers?
A. I already have expressed that this film is like my other family entertainers but has completely different aspects. It shows the relationship between a father and a son very well. You must have watched many such relations on screen but never have witnessed so sweet father and son who love one another more than themselves. In very normal way the 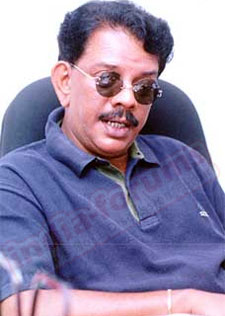 Featured Video
father, in the film, wants his son to get married but the son, on the other hand, wants his father to get married as his mother died giving birth to him and his father grew him up like his mother. Son feels that his father has done nothing for himself and now he must live his own life. That’s the story of Mere Baap Pehle Aap.

Q. Is it a remake of any Malayalam film?
A. It’s actually based on very old film Istam. I have taken just the plotline of that film, so better you don’t call it a remake.

Q. Do you believe that your film will make ‘after you’ popular phrase in father-son relationship?
A. Absolutely. After watching this film every father would love to have such a nice son and every son will dream about such sweetness in his father.

Q. After Bhool Bhulaiyaa you announced that you will never make comedy again. What would you like to say about Mere Baap Pehle Aap?
A. I would like to make clear that Mere Baap Pehle Aap is not a comedy. Please don’t include it into the list of comedies. Along with few light moments, the film deals with a serious issue. That serious part is the actual story of the film.

Q. How was experience of working with your surprise package?
A. This is not the first time that I worked with them. Yet, the experience was really nice. I won’t tell you anything else otherwise you will end up losing your interest in the film.

Q. Why don’t you make films based on violence?
A. (Smiling) I think Bollywood still have sense to understand better films. So, it’s better that I confine myself to comedies only.