View Profile
Nargis Fakhri is in no mood for any link-ups. The American model-turned-actress was visibly upset when 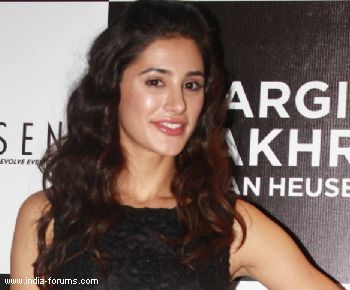 she was questioned about her recent photograph with industrialist Ness Wadia.

Nargis was clicked giving Wadia, actress Preity Zinta's former beau, a casual hug and a peck on the cheek, after filmmaker Karan Johar's birthday party last month. After the photograph was published in a tabloid, rumour mills regarding their relationship status started working overtime.

The "Rockstar" actress is defensive about it.

"Where is the woman with whom I walked out... whoever clicked it, seems to have cropped it. In my country, we meet people and say hello with a hug and kiss. Being courteous to other human beings is how everyone should be. I think it was all misinterpreted," she said at an event here.

She was earlier linked to Ranbir Kapoor and Shahid Kapoor.

According to recent reports, Asin Thottumkal is set to replace Nargis in Akshay Kumar-starrer "Khiladi 786 - Made in Punjab".

At first, she preferred not to answer, but when she was asked about the same again, she replied: "No nothing... I think things happen like this... god has different plans for me."