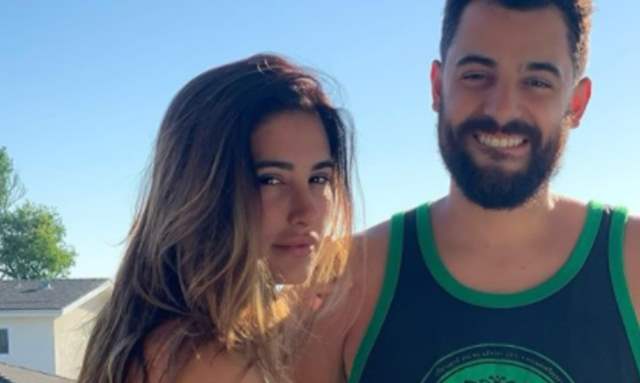 The very beautiful Nargis Fakhri seems to be smitten by a love bug as her recent Instagram pictures give us a sneak peek about her special someone. The actress has found love in a New York-based chef Justin Santos and their mushy pictures are all over the Internet.

Nargis and her new boyfriend Justin are painting the town red with their holiday pictures as we see them trying their hand at shooting at the Thunder Mountain Shooting Range in the US. “When he takes you shooting.Learning to shoot a shot gun with @jsantos1923 That gun was kinda heavy,” she captioned her post. Dressed in a denim outfit, the gorgeous beauty posed alongside Justin. Actress Ilena D’cruz seems to have approved of their relationship as she commented on the post: “You twos is so cute!”

We pondered upon Justin’s social media account, where we spotted an extremely cute picture of the couple. “Look at this.............. Snack right here @nargisfakhri” wrote the chef alongside.

Previously, Nargis was dating filmmaker Matt Alonzo and the two were quite serious about their relationship. The duo lived together in Los Angeles and had also got matching tattoos, however, they broke up in January. Later, Nargis got the tattoo removed.

Before Matt, Nargis had also dated Bollywood actor Uday Chopra. Unfortunately, that relationship also went down the drain. But that’s all in the past as the actress has found her new love and we wish her all the best.

On the work front, Nargis Fakhri will be next seen in Torbaaz alongside Sanjay Dutt. The film will release on Netflix soon.