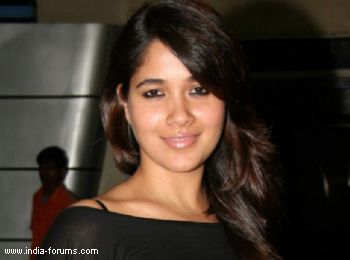 Actress Narayani Shastri is set to feature as a Raai dancer in upcoming show of Zee TV's "Phir Subah Hogi", a story about the Bedia tribe of Madhya Pradesh's Bundelkhand region.

In a never-seen-before avatar, Narayani will be seen portraying the character of Gulabia, the protagonist's mother in the Zee TV show.

Her character Gulabia is a folk dancer and her prime, she was the most sought after woman amongst the Thakurs of that region, but she gets caught in the whirlpool of societal norms on one hand and her daughter who wants to break free from all customs, on the other.

Narayani considers herself lucky to get the role, for which others like Kamya Punjabi and Achint Kaur were reportedly in competition.

"When I first heard the story, the narrative itself was so gripping that I jumped at the opportunity of playing the role of Gulabia," Narayani said in a press statement.

"It's a story of finding hope under testing situations. The story brings to light the heinous crime of exploiting women in the name of customs and rituals, problems which are often difficult to gauge as this kind of business is usually shrouded in ambiguity," she added.

The actress, who has worked in shows like "Kyunki Saas Bhi Kabhi Bahu Thi" and "Kkusum", is happy to be working with Zee TV again.

"It's an engrossing story that no one but Zee TV could depict it aesthetically. Also, after doing 'Piya Ka Ghar' and 'Mamta' on Zee TV earlier, this feels feels like homecoming," she said.

The launch date of the show is yet to be decided, but according to channel officials, it would go on air starting April.

8 years ago the show seems to be good... story is good

+ 3
8 years ago Narayani is one of a kind...terrific personality, good actress, and a non-conventional beauty, of course, one of the best dancers on tv...great to see u making a comeback.u r a versatile actress Narayani...All the Best.

8 years ago I'm so happy... loved her in Piya ka Ghar. Am excited to see her again.

8 years ago always loved her...she is just so beautiful, one of the few actresses with such sharp features...welcome back Narayani Shastri!

+ 2
8 years ago Thanks!The promos are quite good,will definitely watch it.

8 years ago Did see the promo, its lovely, good to see her after a long time on small screen

loved her in the promo...

+ 3
8 years ago Wow brought back so many memories from childhood about the fascinating Raai Dance performances in M.P.A wonderful folk form and still cherished in my heart.So looking forward to this show as IMO narayani is a very talented actress.