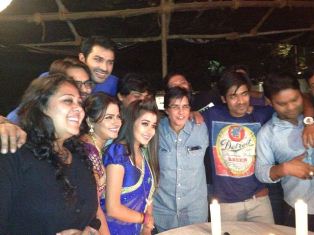 She was one of the most loved directors on the sets of Colors Uttaran. Not only her assistants but the entire cast and crew loved her and looked up to her for her expert advice as a senior. That she was fun loving only added to her popularity.

We are talking about director Nandita Mehra who was the life and soul of the Uttaran team. She was associated with the show for the first two years and then after a break she had once again joined the show for the last four months. Nandita had bagged an award for best director too for the show and her leaving the show came as a shock to everyone who was working with her on the show and she was given a sweet farewell on the sets.

Says a source from the sets, "Well, everyone loved Nandita since along with work she always maintained a fun attitude on the sets which made working a joy! She has been an inspiration for many in the industry. There was a cake cutting on her last day last week and some members of the team got emotional too and were heard telling Nandita how much they will miss her." 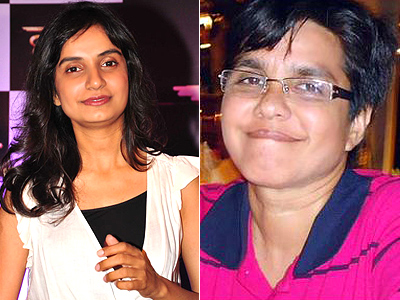 Nandita Mehra is a reputed name in the Television industry who started as an Assistant Director for Ashok Pandit in Tere Mere Sapne, after which she went on to direct shows like Mehendi Tere Naam Ki, Des Mein Nikla Hoga Chaand, Astitva Ek Prem Kahani amongst others. However, it was with starting Uttaran as director for the first two years which got her more fame and popularity. She also ventured into production with actor Bhairavi Raichura and started her own production house 24 Frames which produced the show Chhal-Sheh Aur Maat.

We called Nandita to enquire about the same and she says, "Yes, it is true that I am planning to give more time to my own production house. We are working on a concept but it is too early to talk about it. There are many things which still have to get finalized and we hope to present a fantastic show by 24 Frames."

Just like the team Uttaran who will miss her, Nandita too felt the same, "I will miss working on Uttaran since I was very much attached to it and also to the entire team."

However, life moves on and one has to take such decisions to keep up pace with your own growth. We wish Nandita all the very best and hope to see her new show on air soon!

I have been hearing news of it going off air since long... :(