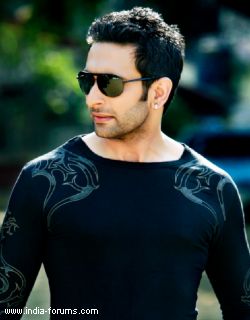 Actor Nandish Sandhu who was last seen in Phir Subah Hogi, had made a brief appearance on a celebrity reality show but is now back on screen as a cop.  We hear that the actor will be seen playing a cop on this show anchored by Manoj Bajpai.

Our source informs us, "The story is based on the underworld and police wars in the 80s in which Nandish will be seen playing the role of inspector Sartaj Qureshi.  This is a story from the 1980's when Mumbai was highly under the influence of the underworld and mafia and gang wars at its peak. Inspector Qureshi was a person who didn't want to become a part of the rat race. In that decade doing encounters had kind of become necessary to rise in ranks and the police force had clear instructions to shoot, kill and arrest or do whatever it takes to clear the dirt from the society. Inspector Qureshi was of the opinion that the main aim should be to disable the master mind and not just kill small time gangsters. The story revolves around how he had to fight against the system to  try reach his goal and the emotional turmoil and frustration he had to go through."  Nandish we hear has been looking out for challenging roles and hence had not taken up any fiction recently.
When we contacted Nandish he said, "I always wanted to play an army or a police officer and so I was game when I heard the story.  Its been in shot in such a realistic manner and it was a challenge for me to get into the mood and adapt the body language of an officer from the 1980's."
2 Likes

geetika22 6 years ago eagrly waiting to watch u back onscreen luv u loads...,,

LOVE_DMG 9 years ago what ami commenting on again? oh yeah how nice the person clothes looks on the cover.
well loks like she ant wearing anytthing.
no wondder there is only like2 comments here.