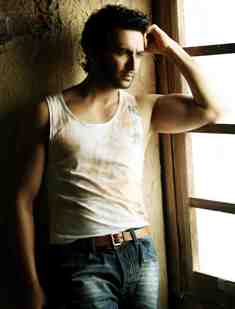 After his stint in Zee TV's popular show Phir Subah Hogi, Nandish is on a hiatus and is not seen working these days. The cool hunk who stole many hearts of the audience through his performance in Colors' show Uttaran as Veer, speaks to us about his future plans and breaks his silence over the marriage rumors which were making the headlines for quite some time now.

Here is the conversation with the actor.

1. Nandish, there's been a break recently and we haven't seen you on screen after Phir Subah Hogi.  Is this a conscious decision?

It was a conscious decision for a while because I had been shooting non-stop since years and wanted to give myself time to think about the kind of work I wanted to do. Also the same kind of roles were being offered to me again and again and I wanted to try something different. The break somehow got extended because of certain health issues that cropped up as well as circumstances. My grandmother was in the ICU after which she passed away. I was also operated for gallbladder stones and I had put on a lot of weight as I was not allowed to work out for 8 weeks.  At the same time I had been utilizing my time to catch up with a lot of movies, doing some photography and dancing. I started yoga also which really helps in stabilizing the mind and body.

2. You seem to have lost a lot of weight. Have you been working out a lot more?

Yes last four months I have been working out and now I am much leaner leaner and fitter than I've ever been before  I've completely changed the workout regime and technique and my trainers have really helped me in doing so. A complete diet plan along with workout twice a day and the result has been fantastic. Unlike before my trainer has included a lot of cardio and functional training in my workout schedule. No salt, no sweet, low carb and high protein diet helped me reach my goals much faster.

3. There have been rumors about you not taking up television projects as you are keen on doing films. How true are these rumors?

I've never said no for television. I am an actor and hence its not the medium but the craft of acting that matters the most. I am open to doing both television and films. If I was not interested in taking up television projects why would I go and meet producers and creatives for TV projects? It is true that I want to do good films and I've been meeting a lot of people for that too. Some of the scripts I've read are amazing and hence whether I do television or films next will entirely depend on the project not the medium.

I always wanted to play a pilot or an army officer's role which is packed with action or play a guy who is very flamboyant and stylish. In fact I am open to doing any kind of roles provided they are not exactly the same as I've done before. I have already done enough in the rural set up and hence I am open to doing something more contemporary and relatable.  I appreciate the love and support I've received from my fans for the roles I've done before but am sure they would love to see me in a different avatar now. 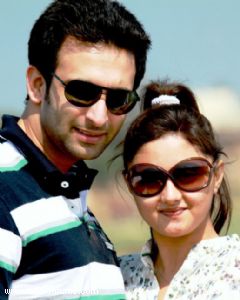 5. Have there been any mistakes or regrets in your career so far?

I wouldn't say mistakes. I call them learning experiences. We keep learning while moving through different phases of life. I don't regret any decisions because I believe that everything happens for the best and there is no point sitting and cribbing about what has passed. I just want to look ahead and make sure to utilize whatever I have learnt so far.

6. Your personal life has been making headlines. Yet there is a confusion and too many unbelievable rumors floating in the market regarding your separation with your wife, Rashmi Desai Sandhu.  Please tell us what went wrong?

Two good individuals can fall in love but later on if some problems crop up between the couple that doesn't make either of them a bad person or a culprit. It could simply be difference in opinions or thought process. There have been a lot of speculations and yes a lot has been written but what I don't understand is why do we have to talk about our personal life and give reasons when we can sort things out on our own in a dignified manner? There does not have to be a drastic reason always? Rashmi is my wife and I did not get married to her just for the heck of it. We respect each other and difference in opinion does not mean that we wish bad for each other. I do and will always keep her respect irrespective of we being together or not. And I really don't appreciate her character being questioned. When I have accepted her and so did she when we got married knowing everything about each other, what right does anyone else have to talk about her character? Sometimes people forget that while they are writing about an actor or actress, we also have a family, which does get affected to an extent. Also, it is not fair to talk about someone who has moved on long back. Aaradhna Uppal has started a new life and she is being dragged into things when she has nothing to do with it. I have a lot of respect for my wife and I wish the media would also reciprocate and understand the same.

8. Lastly, what does Nandish see for himself in the future.  Where does he ideally want to be five years down the line?

Besides taking on challenges as an actor, I want to also get into business. For me business could be turning a producer as well as opening up a chain of restaurants. I love traveling and food and hence ideally producing a travel show would be great as I would get to explore food as well as travel.

We wish you all the very best Nandish in whatever you take up in future!

star_wars 6 years ago I really admire Nandish Sandhu and Rashmi Desai. I wish them all the best.

jmoyee200 6 years ago Nandish sandhu hi u & rashmi desai sandhu super jodi wish for u . waiting for ur new show . all the best god bless u.

Guch 6 years ago Nandish, indeed you are an amazing guy, personally understanding brings the very best in you, wishing you all the very best!

nikki.171 6 years ago While I dont know much about this actor, I have to say its admirable of him to have spoken about his wife and his problems the way he has. Very respectful and dignified.
He has earned by respect. I wish Nandish the best in his life, personally and career wise.

P.S Who is Aradhna?

goofyCat 6 years ago Nandish Sandhu, you were fabulous as Veer. Wish to see you in a good project soon. Hope teh problems between you and Rashmi are sorted out ..

BinKuchKahe. 6 years ago Looking forward to seeing him in an interesting project soon.
Hope things get sorted out between him & Rashmi.

The_Trendsetter 6 years ago Wishing u all the best for ur future Nandish Sandhu. U r an amazing actor. Waiting to see u back onscreen. Love u loads..
Wishing for lots of happiness in ur life.

Munthas 6 years ago I wish u all the best for your future...may your god bless u with happiness

rashi85 6 years ago Interesting.. and reg rashmi well I guess there are problems now!

Farhan Akhtar is excited to kick-off the opening match of ...
a minute ago

Arjun Bijlani on music video with Reem Shaikh: I feel Ishq ...
21 minutes ago

Malaika Arora shares her biggest challenges upon Testing ...
54 minutes ago