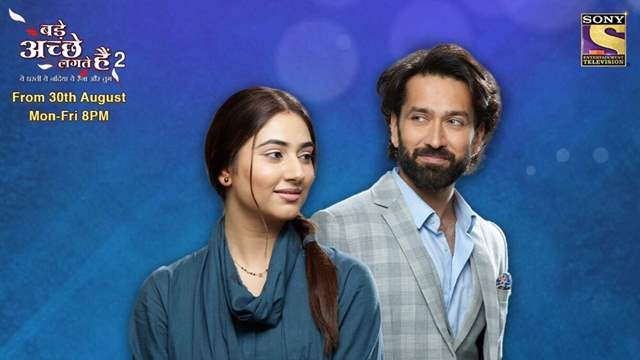 In fact, Disha told us the same in a chat earlier and said, ''People can see the differences in the characters, both of them (Ram and Priya) are so different from before, and that is the outright different, which is so obvious. It is a fresher story, 10 years later, with a younger perspective with today's time, so yes the differences are very much there.''

Now, there have been reports about the show going off-air due to poor numbers.

However, India Forums got in touch with sources close to the sets and they assured us that these are absolutely baseless rumours and that no such thing is happening. The numbers have been rather surprising since everyone expected the show to do better after the first season of the iconic show that it is.

Nonetheless, the show has hit the right chords for a major part of the time it has been on-air, however, the same has not translated into numbers. With the show receiving so much love online, fans might want to wish for better numbers for the show.

+ 3
8 days ago Disha refuted the rumours. It's not going off air atleast for now! Hope they develop the story properly now so that we can see PriRa's journey

9 days ago No it’s just a rumour. Stop spreading such false news.

+ 3
10 days ago Story isn't being handled properly by cvs of this season that's true...but can we plz be done with the constant comparison with S1?? The story is different, the characters of Ram and Priya are also entirely different from S1 so why is there still so much comparison! Ram-Priya of this season are unique in their own way and the actors are doing a fab job too. Just get done with comparisons all the time 🤷‍♀️

10 days ago If it goes off air not a surprise as story is not attractive compare s 1 ..as baseless few characters, negativity r too much . I was a s1 fan but this one can't attract more coz of poor story line 👎👎

+ 6
11 days ago Bade Achhe Lagte Hain 2 is a great show ! Especially love the nok-jhok between the leads

11 days ago The show is not at all realistic, very negative. Cut down on the step mom - bro, Aki's obsession with Priya over his marriage, Ram's Mama Mami, Priya's Mami, Shubho etc

+ 3
11 days ago If the news is untrue why report it 🤐 Anyways, the show story now needs to pick up .. it's dragging for so long. The show has potential but the makers are just lazy ..