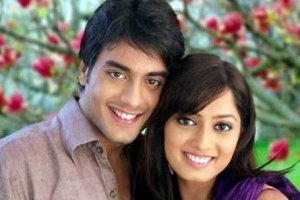 A lot is in store for the viewers in the coming weeks of Star Plus's Sapno Se Bhare Naina. The creative team is on a mission to make the story more gripping and appealing, seems like they have been successful as a line of twists and secrets are going to be revealed soon in the show.

A little birdie from the sets informs, "As Sonakshi (Payal Rajput) is already enraged due to Naina (Parvati Vaze) and Daksh's (Gaurav S Bajaj) relationship, in the coming episodes she will plan to shoot Naina but finally fails in the plan. Though Sonakshi aims the gun towards Naina, the bullet eventually hits Naina's mother instead due to which Naina gets saved. But in the midst, Sonakshi will get to know that Naina's mother is actually her own mother and Naina is actually her step sister. The track will accordingly unfold the secret."

We contacted Parvati Vaze and she asserts, "There are many twist and turns waiting for the audience and I can't reveal them all. So everyone has to wait and watch."

How the show shapes up only time can tell.

joshdeep 8 years ago I miss this show , pls start season 2 of SSBN

smk2010 9 years ago its gud that parvati and gaurav and married. They make a gud pair they luk gud together...This sonakshi and rohini are two female villans. Hope the truth be revealed to patwardhan's whole family soon.. This rohini and her evil intentions shud b known to al soon...then i'm sure the serial's ratings wil raise

9 years ago for some reason, i always felt that would happen
i was right!

+ 5
9 years ago I just saw this episode, it was really good. I think they should move this maryada and pratigya crap to the afternoon and Ssbn to the prime slots so it gets some fame too. this show is really good but the afternoon slot isnt right for it 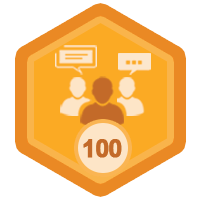 + 2
9 years ago Its an awesome show and is doing very very well...Is Star Plus mad??? They don't know that they are doing a very big mistake by giving this show an afternoon slot...they should shift it to the prime time slot by replacing stupid serails like Pratigya, Maryada...If the show is getting so much TRPs in the afternoon slot then why won't it get much much more in the prime time slot???? I am telling, star plus can gain more points if this show is shifted to the prime time slot...plz star plus DO SOMETHING!!!! What is use of this forum if our wishes are not fulfilled????????

@topic - not watching d show anymore, so no comments :P