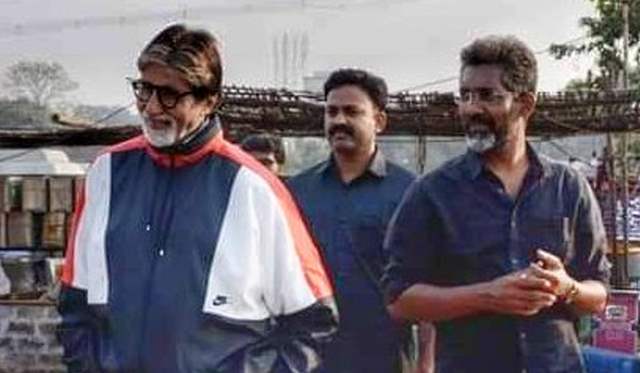 Director and actor, Nagraj Manjule needs no introduction where apart from making the massively acclaimed and huge successes, Fandry and Sairat, the man recently went on to present yet another acclaimed short film in the anthology series Unpaused: Naya Safar that was called Vaikunth.

But if there is one film that absolutely one and all are waiting for, it has to be the film that is called Jhund. The prime reason is that not only does it mark Manjule's Bollywood directorial debut but it also has the superstar of the millennium, Amitabh Bachchan in the leading role.

But the film has now witnessed multiple delays owing to the pandemic that include plans of a OTT release and a theatrical release as well. Now, in a recent interaction with a leading daily, Manjule said that he is struggling with the film and promises to release it at the 'right time.'

Manjule said that the film has been made and delayed for so long. He himself wants that it releases in theatres and have been trying and struggling for that a lot. He further added that the entire crew has come together to support him in that and will try to get it released in theatres when the time is right.

Big B essays a role based on Slum Soccer founder Vijay Barse in the upcoming sports drama. The film narrates the story of a professor who encourages street children to build a football team, in order to help them find a purpose in life.

+ 7
3 months ago Theatre gives a lot of good talent but this is definetly not the time for it.

3 months ago Just release it on OTT. The concept of this movie isn't a theatre worthy one anyway. Most people won't go to the theatres to see this type of movie.